Māori tourism, as the first impression and final exclamation mark for visitors to Aotearoa New Zealand visitors, is important to NZ Māori Tourism.

The Māori world provides a key point of difference for visitors and entering this world offers a fascinating first impression, a unique connection, and everlasting memories.

To learn more about the staff of NZ Māori Tourism, please read the profiles below. The contact details for each staff member can also be found here. 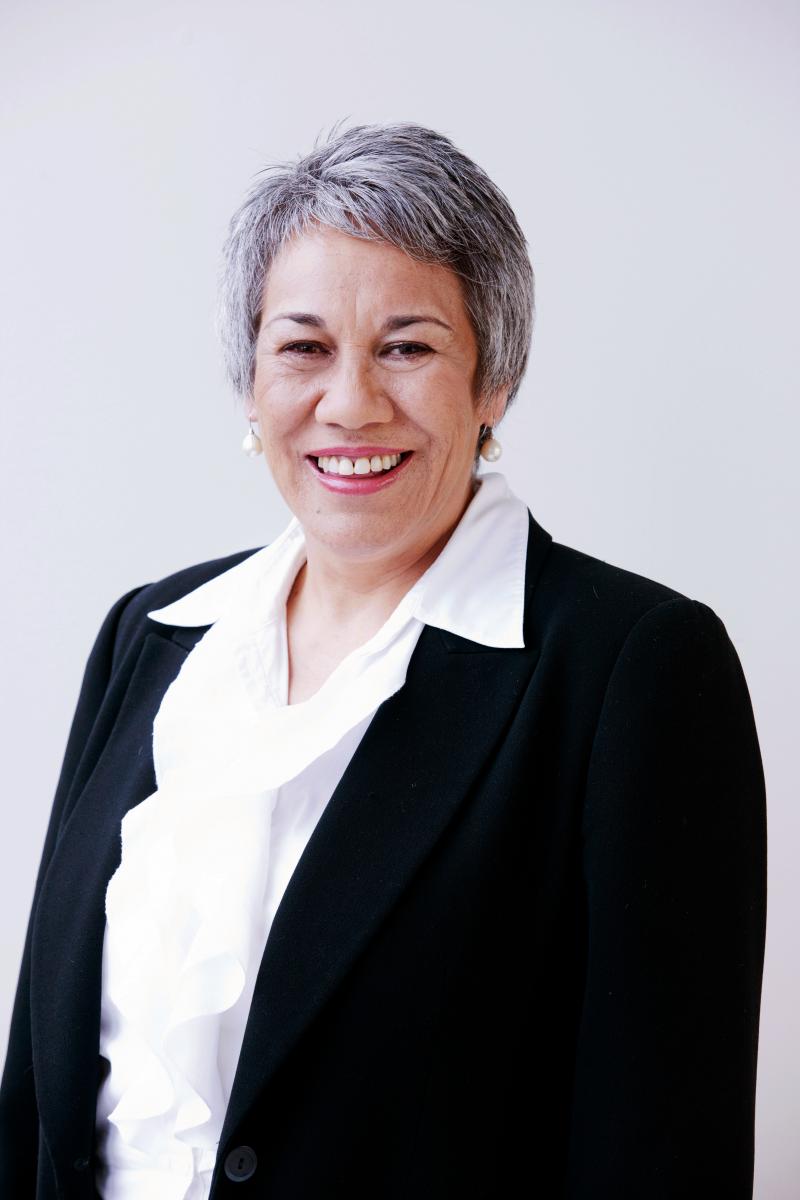 Having grown up in business with her parents in the Hawke’s Bay and then owning businesses, Pania understands intimately both the pains and passion of a 24 hour personal and financial commitment. Fast forward to the mid 90’s she moved on to local and central government where she gained an appreciation of the important role that policy plays in our every day lives.

Pania has used all that she has learned over the years (and continues to learn) to position NZ Māori Tourism as a key contributor, participant and influencer within the tourism industry today.

Married to Evan (Te Roroa), between them they have 8 children and live in Wellington splitting their downtime between Mahia and Northland.

The next big job is to work through the leveraging opportunities that exist between international trade, tourism and investment. More on this later….. 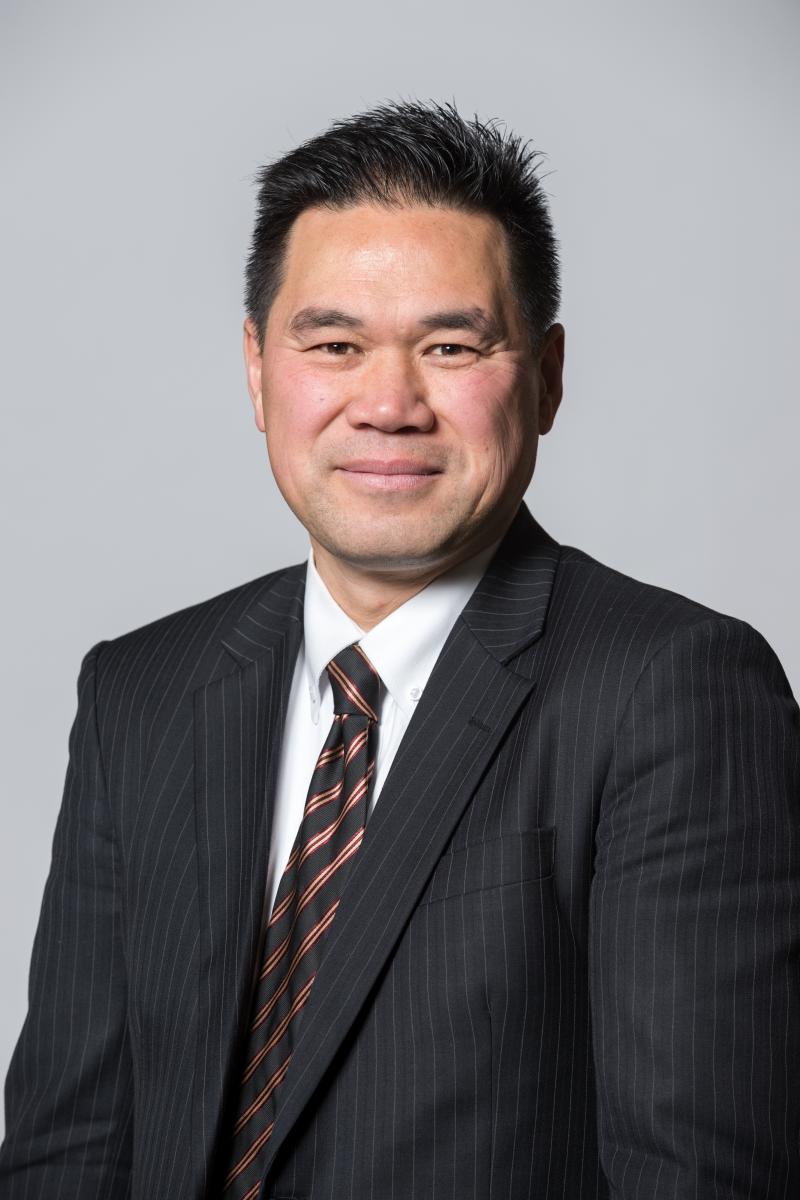 Chinese, Ngati Koroki-Kahukura, Waikato
Hoki-mai joined NZ Māori Tourism in 2015 after a lengthy stint at Te Puni Kōkiri, the Ministry of Māori Development, where he worked in the Policy Wahanga (on treaty settlements and international trade relations), and the Office of the Chief Executive.

Hoki-mai is heavily involved with his marae, Reretewhioi Marae, Waiuku, and represents the marae on Waikato-Tainui’s Te Kauhanganui. Hoki-mai is also a sitting member of the iwi’s executive body, Te Arataura.

Hoki-mai’s current focus at NZ Māori Tourism is on supporting the organisation to meet its corporate commitments.

Ngāti Maniapoto, Ngāti Porou
Miro joins the NZ Māori Tourism whānau coming from a background in management consulting and strategy development. More recently she was contracting as a business advisor across the creative industries and tourism.

Miro grew up on the foothills of the Waitākere Ranges where she and her cousins are sixth generation on the papakāinga.

Miro takes on the role of Director Regions with NZ Māori Tourism, where she will incorporate her passion of the role of matauranga Māori in contributing to the identity and foundations of the Aotearoa New Zealand economy.

Aside from that, Miro is also a devourer of the reo of her tupuna - Māori and Wīwī (French), and is looking to expand her kete in those fields. In her own time, you’ll find her experimenting in the kāuta, improving her sommelier skills or taking in the vastness of the moana.

She comes to the role after 25 years in senior marketing, business development and communications positions for a range of primarily tourism operations including Tamaki Māori Village and Te Puia | NZMACI.

She was General Manager Sales and Marketing for Tamaki Māori Village between 2003 and 2010. Following that, Kiri led Te Puia | NZMACI’s sales and marketing team for 7 and a half years, through to December 2019 where her team elevated the visitor experience and grew guest numbers from 350,000 (in 2012) to 520,000 manuhiri per year.

Alongside the Director of NZMACI, Karl Johnstone,  Kiri led a three-year branding process, resulting in the launch of two new brand marks in September 2015. The work sought to honour the dual legacies of Te Puia | NZMACI, and bring the operation’s cultural development mandate to the fore.

The two brands enabled the organisation to extend the value which can be extracted from a careful management of the interface between culture and commerce. Work in this space saw the organisation engage in a raft of initiatives, including an international touring exhibition Tuku Iho | Living Legacy, led by Kiri, which toured six countries and eight destinations since 2012 including China, South-East Asia, South America, North America and Japan in support of the NZ Inc. agency work leading into the Rugby World Cup 2019. 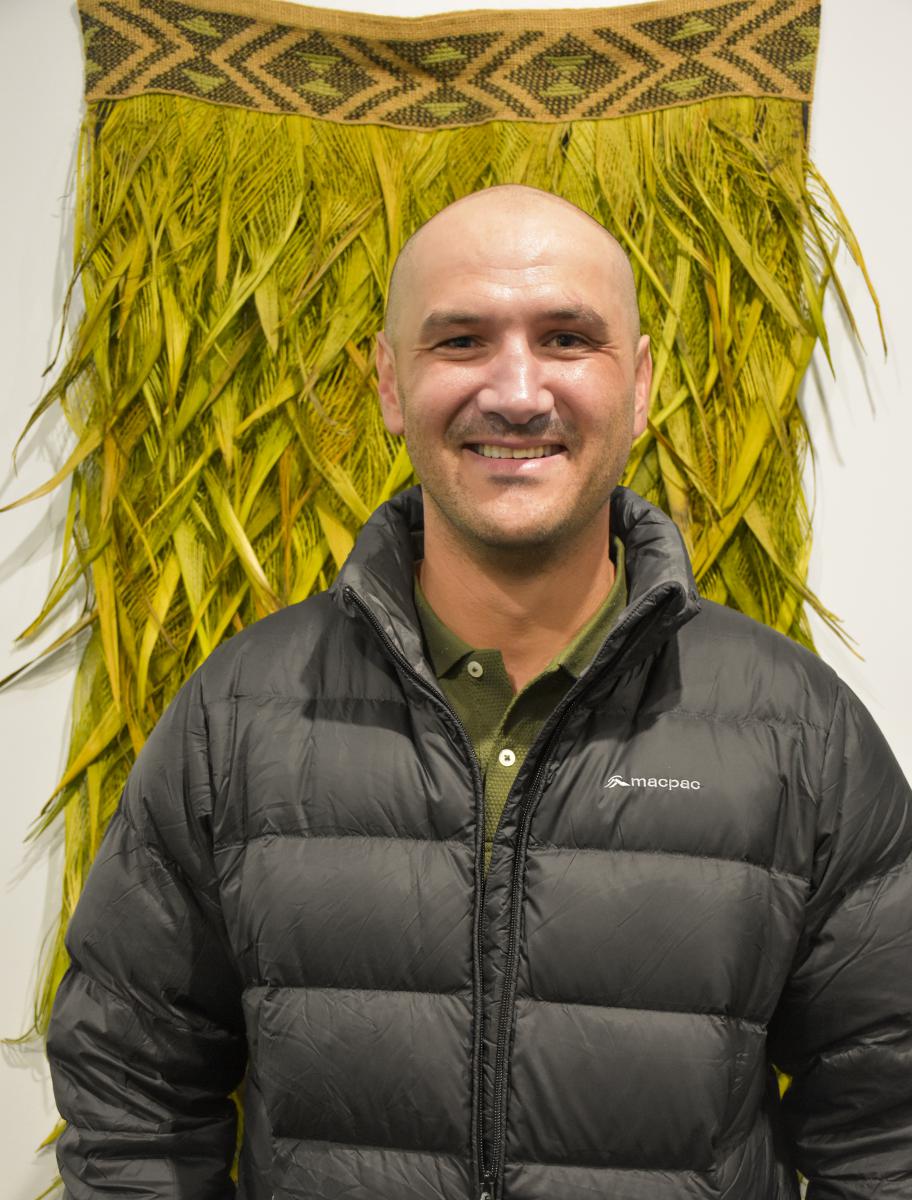 Whitiaua’s expertise in te ao Māori has been instilled in him from before he was born. Growing up in a home where only reo Māori was spoken, he attended Kōhanga Reo, Kura Kaupapa and Whare Wānanga, became Head boy of Hato Pāora College and won both the Manu Kōrero National Speech Competition Pei Te Hurinui and the Māori Women’s Welfare League National Speech Competition.

When he’s not occupied with mahi at NZ Māori Tourism, Whitiaua will keep himself occupied with sports, te Ao Māori, hunting and fishing, spending quality time with whānau and following his children and supporting them in everything they do. 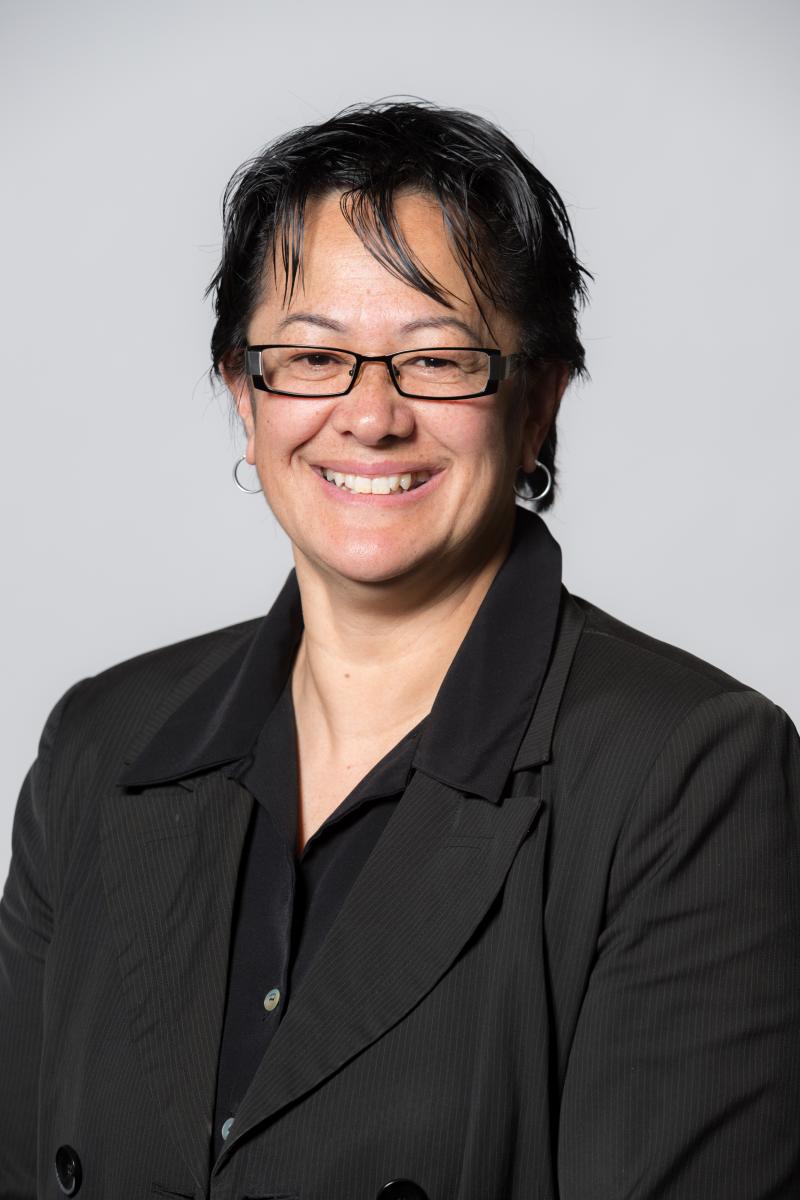 Te Aitanga-a-Mahaki, Ngai Tāmanuhiri, Ngā Puhi, Ngāti Hine
Lee is NZ Māori Tourism’s office guru, managing the ins and outs of the office, assisting the Chief Executive and providing support to the NZ Māori Board.  Lee has been ensuring the critical functions in our office run smoothly since she came on board with NZ Māori Tourism in 2009.

The pair have just passed level four in their Reo Māori classes at Te Wananga o Aotearoa.  Lee and Craig have five children and three mokopuna. 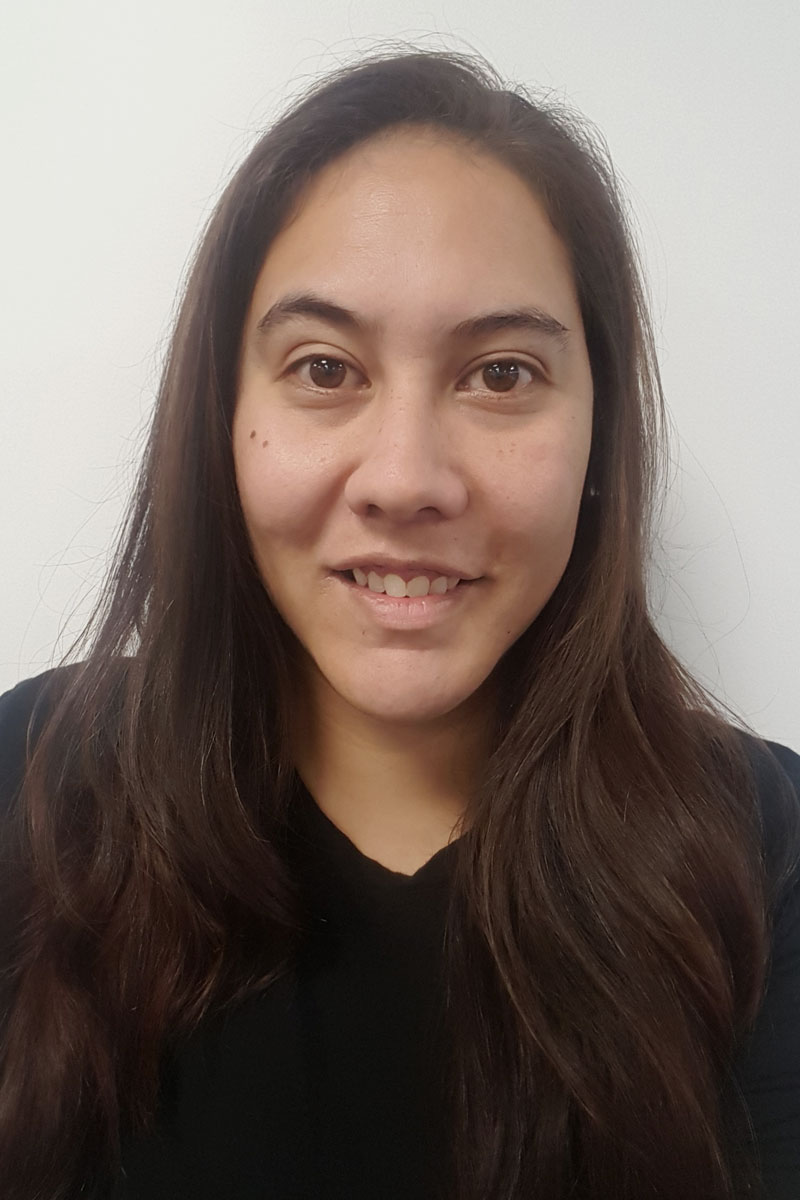 Rongomaiwahine, Tainui, Ngāpuhi
The youngest child of four - Harmony grew up in Titahi Bay, Porirua. In 2017, after finding her soon-to-be husband Faresa of Samoan whakapapa, the two have just bought their first home in Wainuiomata, where Faresa was born and bred.

Her background is in hospitality, where she landed her first job washing dishes in a restaurant when she was 17, eventually running FoH in the same restaurant. Later, she explored bartender and management roles in Melbourne & Wellington.

In 2016 Harmony came on board the NZMT team as tautoko to our administration staff. Today, she plays a key role in showcasing the importance of manaakitanga. 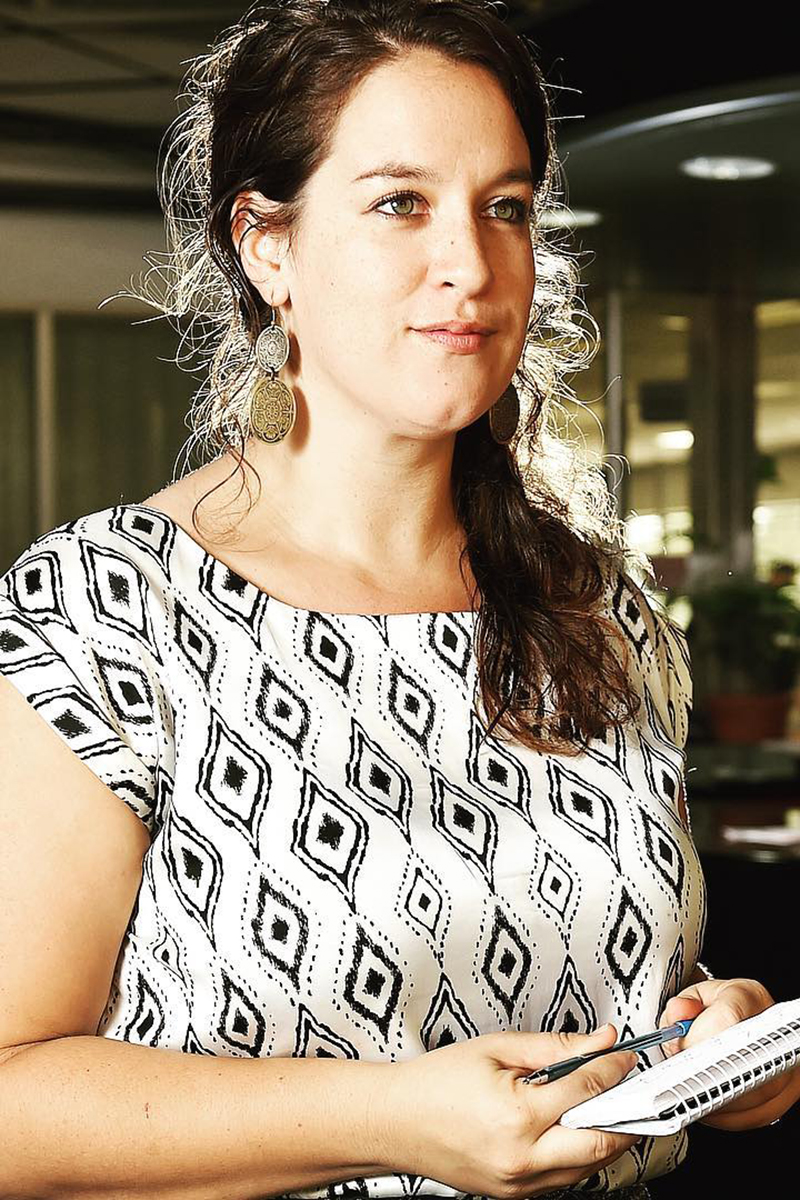 Kāi Tahu, Kāti Mamoe, Waitaha
Dani joined NZMT in 2018 as communications and media advisor, coming from a background in journalism. Dani has reported in New Zealand, Australia and Cambodia.

Dani grew up at Ōtākou and Ōtepoti. She was first introduced to indigenous tourism during a cultural exchange programme between the Kwakwaka’wakw people on Vancouver Island in Canada, and the Kai Tāhu Whānui group in 1997, in which she was the youngest member. The experience had profound effect on her. 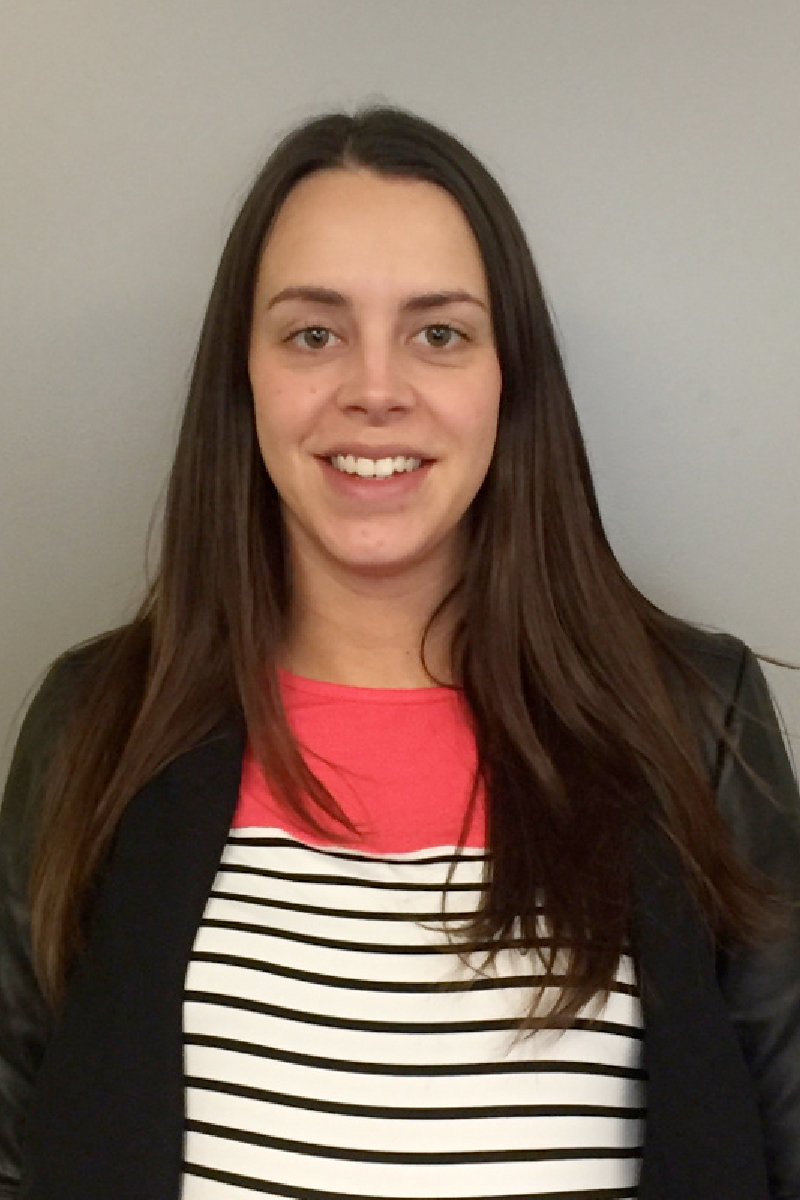 Alyse is our longest serving employee at NZ Māori Tourism. She came on board as a receptionist with NZ Māori Tourism in 2008 after graduating college, before moving onto administration. Now, she manages all our finances and accounts.

During her time here, Alyse has given birth to a beautiful girl, Zaria, who has just turned two. Alyse’s downtime is mostly spent consumed with her little pride and joy. She hopes to continue to grow in her accounts role and be the best mum she can be to Zaria – especially during the next terrible two’s stage. 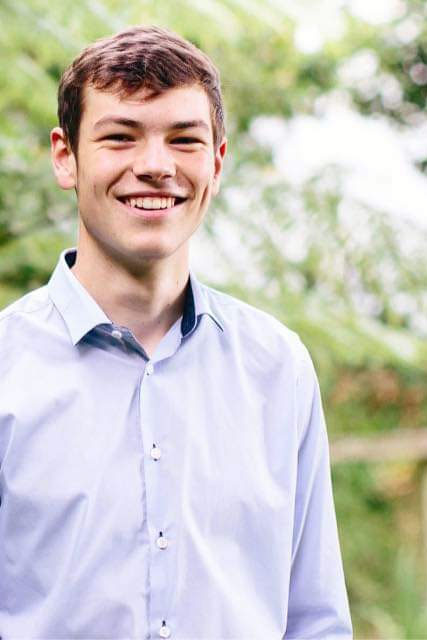 Ngāti Pukenga, Te Arawa
Moetu is our newest addition at New Zealand Māori Tourism. Since arriving, he has been assisting the team with data collection and verification.

Moetu comes from a strong Māori background, having grown up in kohanga and kura kaupapa. As a result, he is passionate about Māori history, politics, culture and te Reo. After kura, he went on to Wellington College for secondary schooling, and graduated in 2016. Moetu’s inquisitive mind led him to study a degree in a Politics Philosophy and Economics at Otago University. After completing his first year, he has returned to Te Whanganui-a-Tara to gain some hands-on experience.

Moetu is a huge fan of sport and maintains an avid interest in current affairs, history and politics. When he’s not at work, chances are you’ll find him playing basketball, video gaming or out op-shopping.

Moetu aspires to better his Reo Māori as well as his understanding of tikanga Māori. 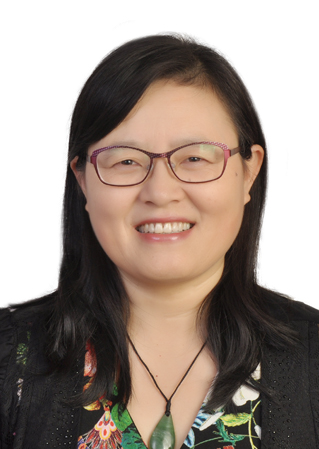 Liqin is from Xi’an, China. She came to live in Aotearoa in 2009 and has been with NZ Māori Tourism since 2011.

Liqin gained a Master’s degree in Economics. She has since worked in international trade and economic co-operation as well as international relations across government and non-government organisations in both China and Aotearoa.  Since 2010, Liqin has worked for Statistics New Zealand, The Gibson Group, Wellington City Council, Early Childhood New Zealand and Te Papa Tongarewa.

Liqin has in-depth knowledge of how to engage with Chinese companies and government at various levels to achieve business goals.   Liqin hopes to serve as a well-built bridge connecting Chinese and New Zealanders, especially Māori, to benefit both countries.