Leave the 'tangas', take the tangata

Leave the 'tangas', take the tangata 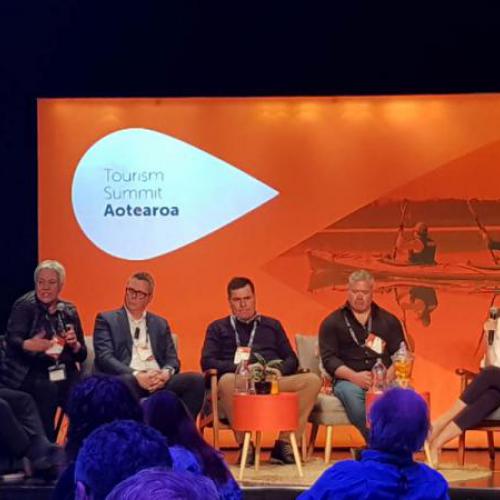 “Don’t look to take the 'tangas', take the tangata”, was one of the key messages that came out of a panel discussion at TIA’s Summit in Wellington on Tuesday.

With many tourism organisations adopting Māori kaupapa and values such as manaakitanga, kaitiakitanga and whanaungatanga into their line of work, Miriamo asked the panel how non-Māori might integrate these values in a respectful way.

William suggested that anyone interested in forming a partnership with Māori should engage appropriately and as early as possible.

“Engage right at the start and that will help you form the relationships and trust that you will end up talking to the right person,” he said. 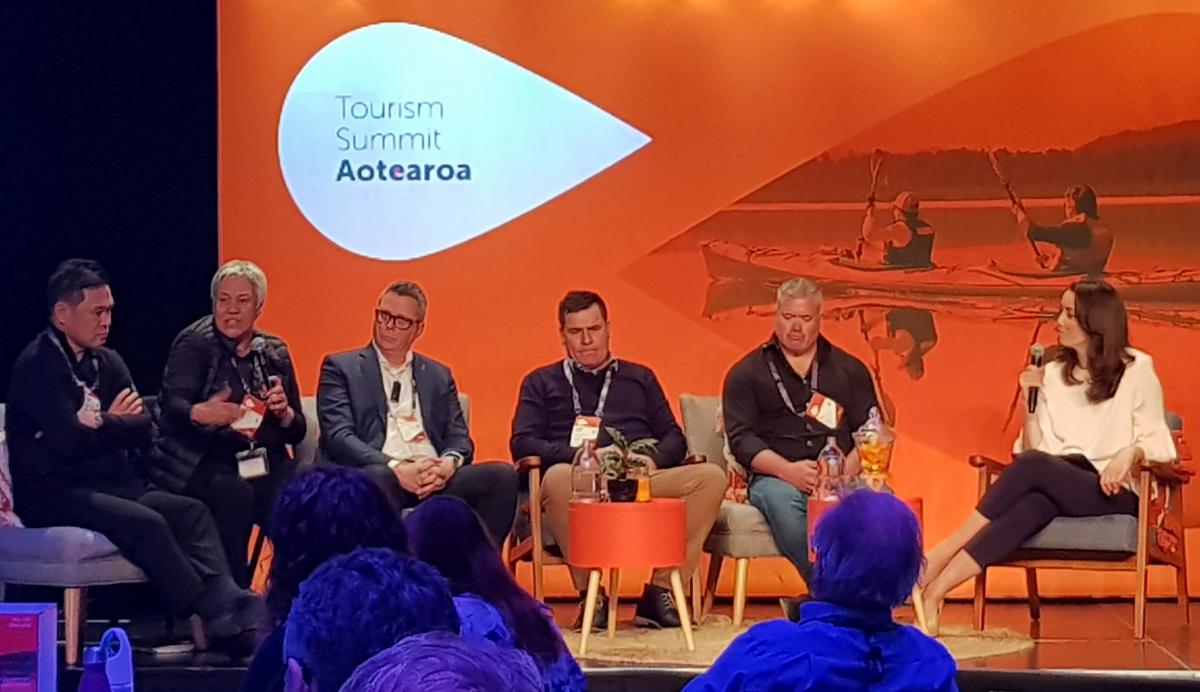 Quinton said it was important to get permission from the local hapū before engaging in any sort of story-telling or the like.

“I don’t necessarily think that is going to be forthcoming, but you have to engage in the appropriate way and even for us as Ngāi Tahu Tourism, that doesn’t give us right to tell the stories of the people of the place,” he said.

“I’ll give you an example,  in Takapō, we’ve just built a new building for the experience called The Dark Sky Project and within there is a new experience that we have developed and we’ve developed that with the three local Runanga of that place. What we’re telling is a Ngāi Tahu story about stars, incorporated into astronomy and science.

“For us to do that, we’ve had to engage appropriately with the runanga and they helped us to develop it from the ground up, so we now have been given permission to tell that story and that’s really important to get and engage with the right people to do that.”

The remainder of the two-day summit highlighted that the time was ripe to take a well-deserved breather, TIA chief executive Chris Roberts said. 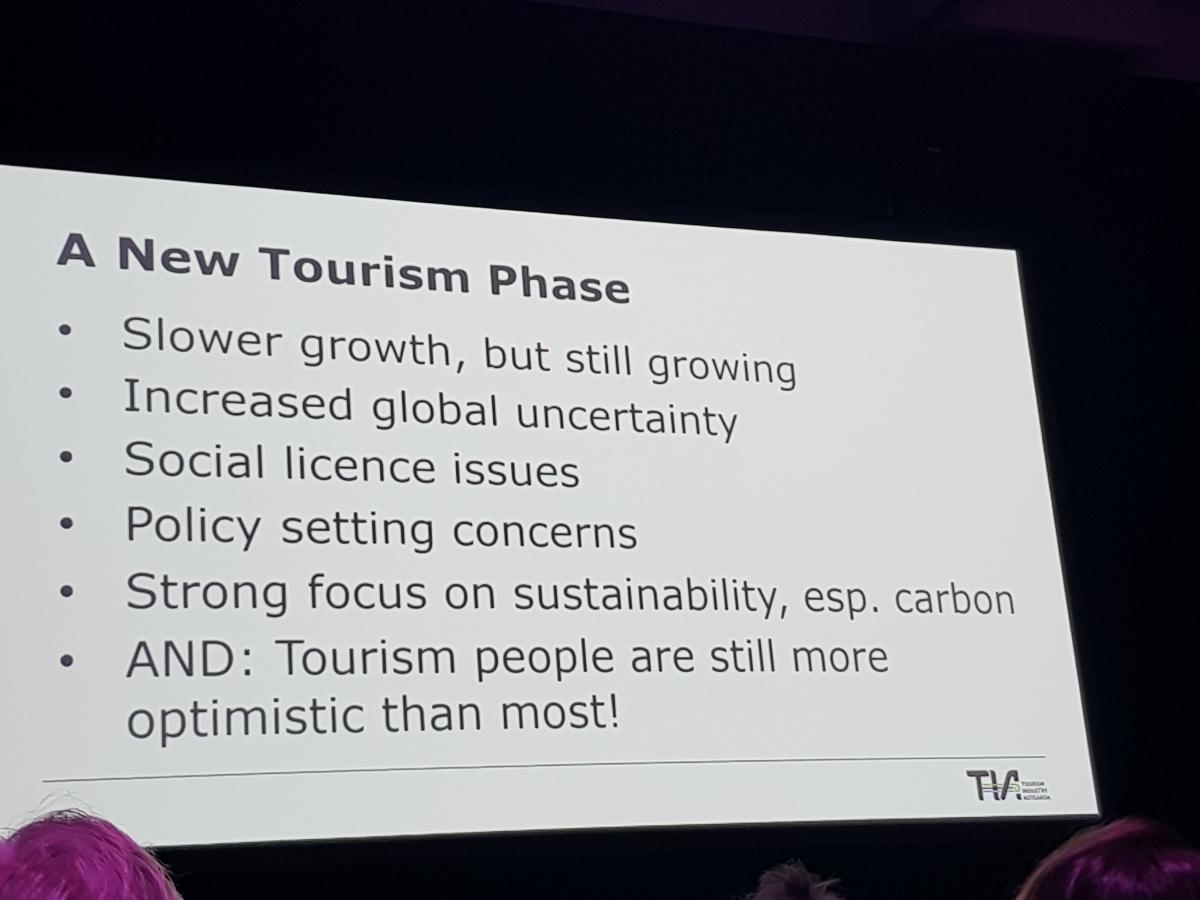 “It’s a chance to invest in your business and prepare for the next period,” Chris said.

The “new tourism phase” continued with this theme, but with some new challenges.

Brexit and the US and China trade wars have already reverberated on Aotearoa New Zealand's visitor numbers.

The rise of “fly shame”, a term referring to travellers who are concerned about the amount of carbon produced by using planes for travel, and opting for train instead, is becoming more of a threat to Aotearoa New Zealand, which is only accessed by boats or long-haul flights.

As such, TIA and MBIE are calling on tourism operators to measure their carbon footprint, suggesting operators use EnviroMark, (although there are many sites that assist in measuring carbon footprints). Once you’ve measured it,  you can begin to work on reducing that number.

Australia arrivals were up 2.8 per cent, while China visitor arrivals had weakened – down 11 per cent.

The North American demand was strong, but not so much for France which was down. UK and Germany were also flat.

Visitors from Japan and Korea had weakened, and India was down because of visa delay issues.

There was some growth in the Taiwan, Singapore and South African markets, which is great news!

However, for domestic travellers, activity was weakening. And like our domestic market, the Kiwi dollar was weakening, too, although that hopefully means that our international manuhiri will spend up large. 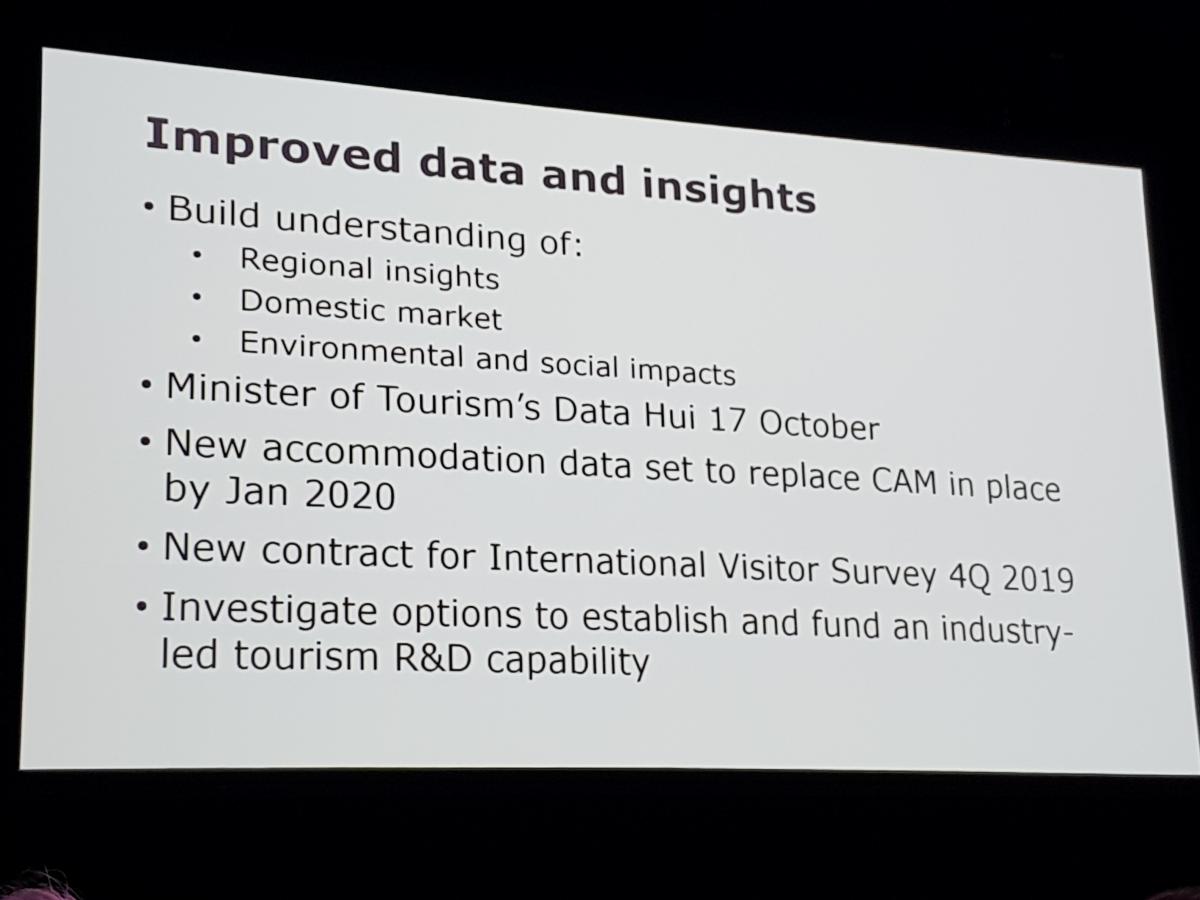 Looking out to 2025, TIA says its top priorities alongside Government agencies were improving data and insights, building the tourism workforce and tackling the issues of carbon and climate change, destination management planning and sustainable growth.

The promise of reliable data will be a relief to many in the industry! It's time that we knew our industry from its core.

As William says, leave the 'tangas' - take the tangata!