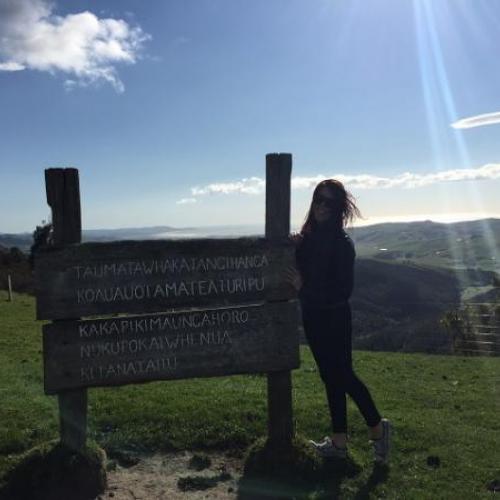 Earlier this year, a chance meeting in a Wellington café led to a trip up to Porangahau to discuss tourism opportunities in the area. Eight months later we were invited back to attend the launch of ‘Destination Porangahau’.

The Porangahau Community Centre was a hive of activity as we arrived – there were tables set up displaying the many activities and accommodation options on offer. Simon and I made our way around the hall, greeting those 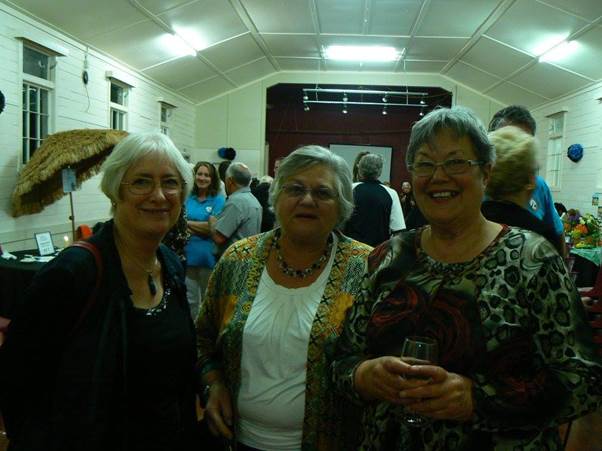 from our previous visit, and meeting those that we hadn’t had a chance to meet last time. Everyone was incredibly welcoming, and the buzz was infectious!

It was neat to see so many family businesses there – as well as the baby boomer generation, there were many young rangatahi there too, some had even been roped in as waiters for the evening. These polite, engaging young people made us all feel very welcome, and provided a youthful energy to the evening.

As Ahuriri kicked off the official part of the evening, he welcomed the approximately 120 of us to the evening, and gave some background into the occasion, and the work that had gone in to it. As I looked around the room, it was easy to see the immense pride in everyone of what they’d achieved, and the excitement for the future.

Doc Ferris provided a powerful karakia for the group, before Simon spoke to acknowledge our appreciation and gratitude towards being invited to such a wonderful occasion.

The floor was opened up for the attendees to say a few words if they wished. For me personally, it was incredibly informative and enjoyable to hear a bit more about the journeys that they had gone on to get to where they are today, and their main motivations to sharing their piece of paradise with the world – as it would be very tempting to keep it all to themselves! People shared how they had ended up in Porangahau – for some they had grown up there, left, and had now returned home. Others had come across it by accident but now couldn’t imagine being anywhere else. Others had followed lovers, and family members. The one thing they all had in common was an immense love for Porangahau and a wish to share it with others.

There were speakers from Hawke’s Bay Tourism, the local Council, people who had lived in Porangahau their whole lives, and those who had only been there for a couple of years. There were those who had been involved in tourism and those who are brand new to it. They are all passionate about this beautiful community and the opportunities that tourism can bring. 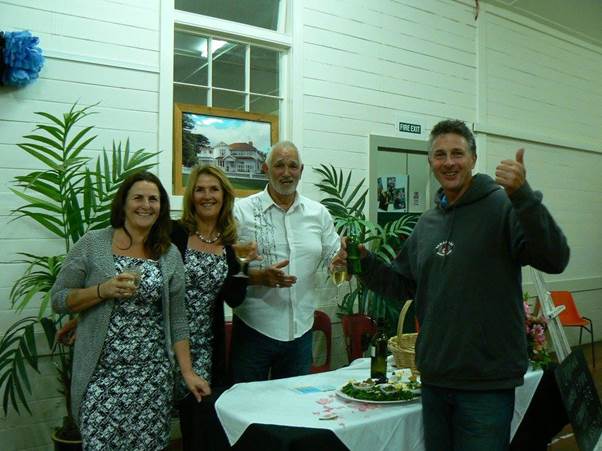 Deborah from Chapelwick Coastal Estate had been asked to end the official part of the evening, and she chose to do so with a poem that her and her sister had written specially for the occasion. They have kindly given me permission to replicate it below:

Thank you for coming to such an auspicious event,
And for all those involved it has been time, effort and money well spent.

I was going to attempt this in the native tongue, but my pronunciation is no good,
Maybe I will get some lessons at Doc and Rainas, yes I think I should.

Sandra, Pat and I are new to the district or relatively so,
This project has helped our relationship with the community grow.

Who would have thought Porangahau had so much to share,
Through our brochure many others will now get to hear

We have culture, the beach, home stays and more,
But it’s the people who make this place special for sure.

Let’s put Pornagahau on the map and the tourists will come,
To share our piece of paradise and laze in the sun.

To Kaye and Marina you both have been such a driving force,
It has supported us all to stay on course.

To everyone involved who played their pat, big or small,
We have all done a fabulous job, so congrats to all.

A seed was planted from which this tree has grown,
And every branch that was added supports the aches and moans.

We have created something, of which we can be proud,
Here’s hoping it has the desired effect, look out for the crowds.

We have a great community which shows every day,
Let’s continue this work, but make some time to play.

So please raise your glass and toast to what the future may bring,
A boost in tourism, and a bit of ‘chin chin’!

An emotional karakia from Paul Sciascia closed the evening and there were a few glistening eyes around the room once he had finished.

The Sciascia family are a huge part of Porangahau, which was most noticeable when the whanau were asked to come to the front of the hall to sing a waiata for those present – I think nearly a third of the room were on stage! It was incredibly beautiful though, the aroha that flowed through the room all evening was very cool to witness.

My eyes lit up when supper was brought into the room – if you’ve ever had whitebait fritters you’ll understand why!

The next morning ten of us headed up to the longest place name in the world. Ross showed us the pou that has been carved to place on top of the mountain, which is due to happen in the next month. Unfortunately, due to the gusty winds on the mountain, the height of the pou has to be limited, however that doesn’t take away from the awesomeness of it.

Heading up the track to the top of the mountain, the views seemed to grow greater with each corner that we rounded. And it was not only the views that grew, it was the intensity of the wind too! Once we got to the top it was a struggle with the car door against the wind to get it open, but we succeeded! The guys told us that yesterday morning it had been as still as anything – I think we must have brought the wind with us from Wellington!

I wish we’d had an opportunity to visit in the stillness, but the 360 views afforded to us by standing on Taumatawhakatangihangakoauauotamateaturipukakapikimaungahoronukupokaiwhenuakitanatahu were phenomenal. Native bush one way, a gorgeous beach in another, farmland and snow-capped mountains in the other. Plus, the new born lambs we came across on the way were rather cute too!

Back to Marina’s for breakfast (more whitebait!) we had an opportunity to further discuss their tourism endeavours, and where to from here. There is so much on offer in Porangahau that we haven’t even touched the surface of, you simply must visit! (I’ll be back at Christmas time for the Beach Polo – I’ve been told it’s a can’t miss event!) 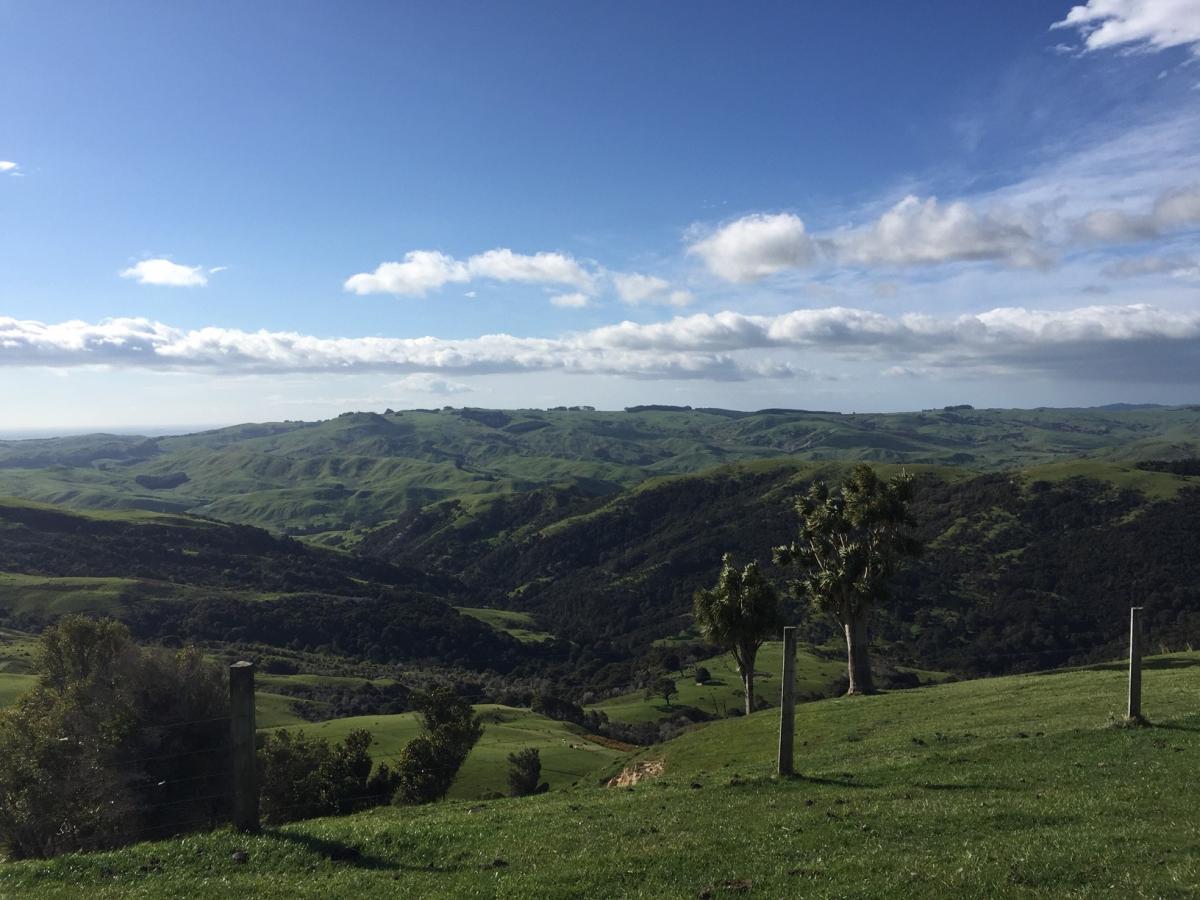 A huge thank you to everyone involved in our visit.

Director of Regions, Simon Phillips, and Communications Manager Amy Hodgkinson were in Porangahau, Central Hawke’s Bay to attend the launch of Destination Porangahau.

Being a part of this event

Permalink Submitted by Paul Sciascia (not verified) on Fri, 2016-01-29 13:16
Being a part of this event over the 2 days was a pleasure, I am one of the locals returning home after years away in some one else country. makes you appreciate, and see more clearly what one has taken for granted for so long, coming home and still being able to do most of the things I did when I was a boys is a big plus sharing the experience is a pleasure, Finding myself has been my greatest joy MAURIORA

You guys live the Kiwi dream!

Great article. I learnt a lot

Permalink Submitted by Dan Walker (not verified) on Fri, 2016-01-29 13:17
Great article. I learnt a lot here and definitely want to get down there sometime soon.