Rugby, still a culture worth celebrating

Rugby, still a culture worth celebrating 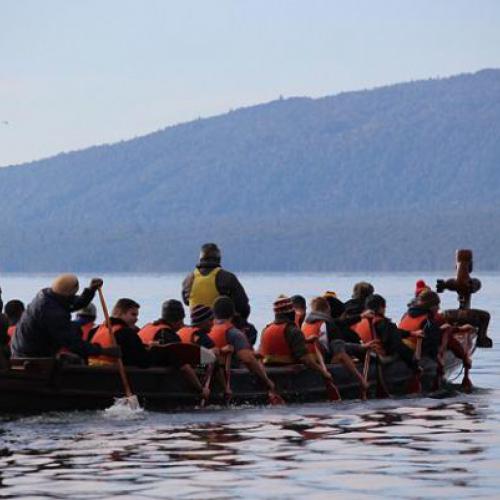 One thing that I am sure of in life is that kiwis love their rugby. I don’t think we actually appreciate how much rugby is ingrained in our culture. Sure, there are some people that aren’t as into it as others. Some think it’s too violent, others believe it is overexposed and over funded. The big hot topic at the moment is how some of our top rugby guys are using and abusing their status and how sexism and self entitlement is being bred and fostered at high school 1st XV level.

With all of this negative chat around rugby recently we still can’t deny that as a nation we are blimmin good at it, and the general population of kiwi’s have an underlying and deeply seeded passion for the game. We have to attribute this incredible success to something. Call me an optimist, but I believe there is something special about the rugby culture we have here in New Zealand. Yes there are things that need addressing and some players need to check themselves and their attitudes. But you can’t deny that we are punching well above our weight as a nation in a popular world sport. 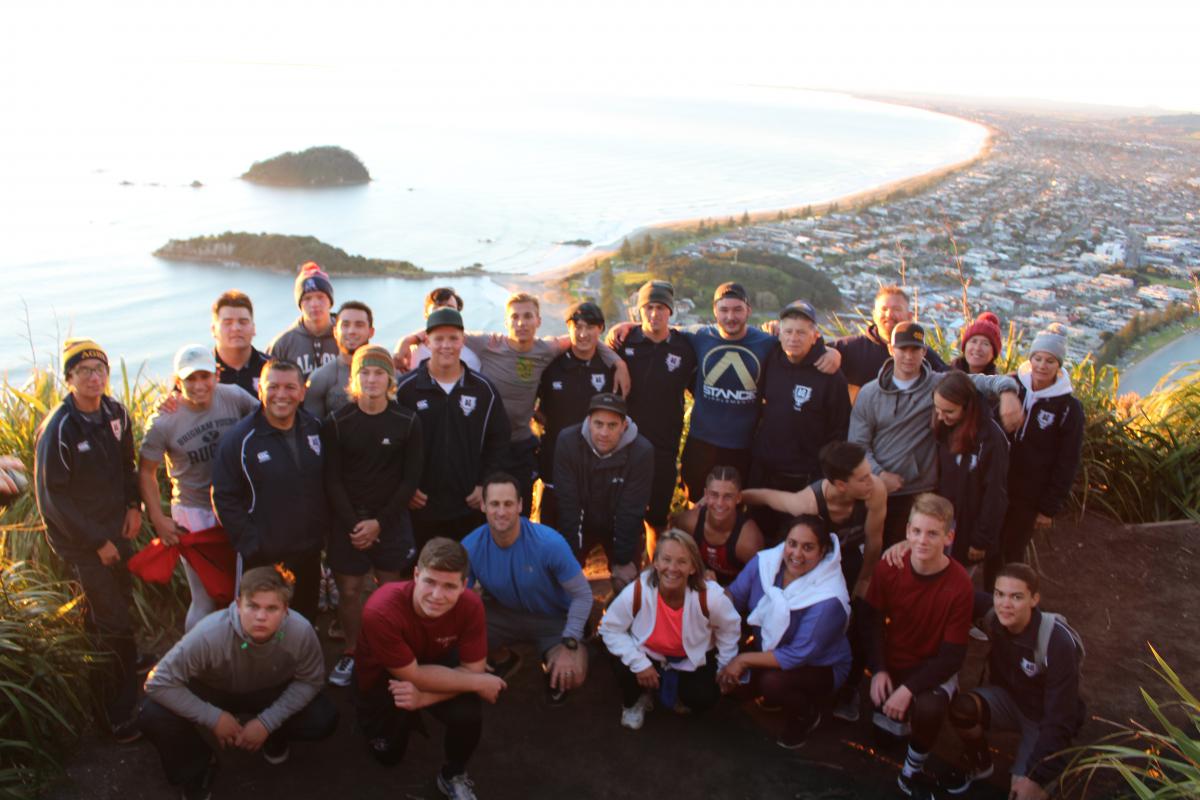 I guess the big question is how how do we do it? How does a country with only 1.7% (150,000) of the world's rugby player population, become and remain the most dominant nation in a global rugby sense? Is it all about coaching, or does the media or government have anything to do with it?

A few years back we approached a number of influencers in the New Zealand rugby market to see what they thought. You could probably guess that they all came back and said that ‘the number one contributor to our success is our deeply rooted New Zealand rugby culture and passion for the game’.

To be honest, the deeper we went into this topic the more questions came up. Can rugby culture be taught, passed on or shared? Can it be lost? How does it gain momentum? 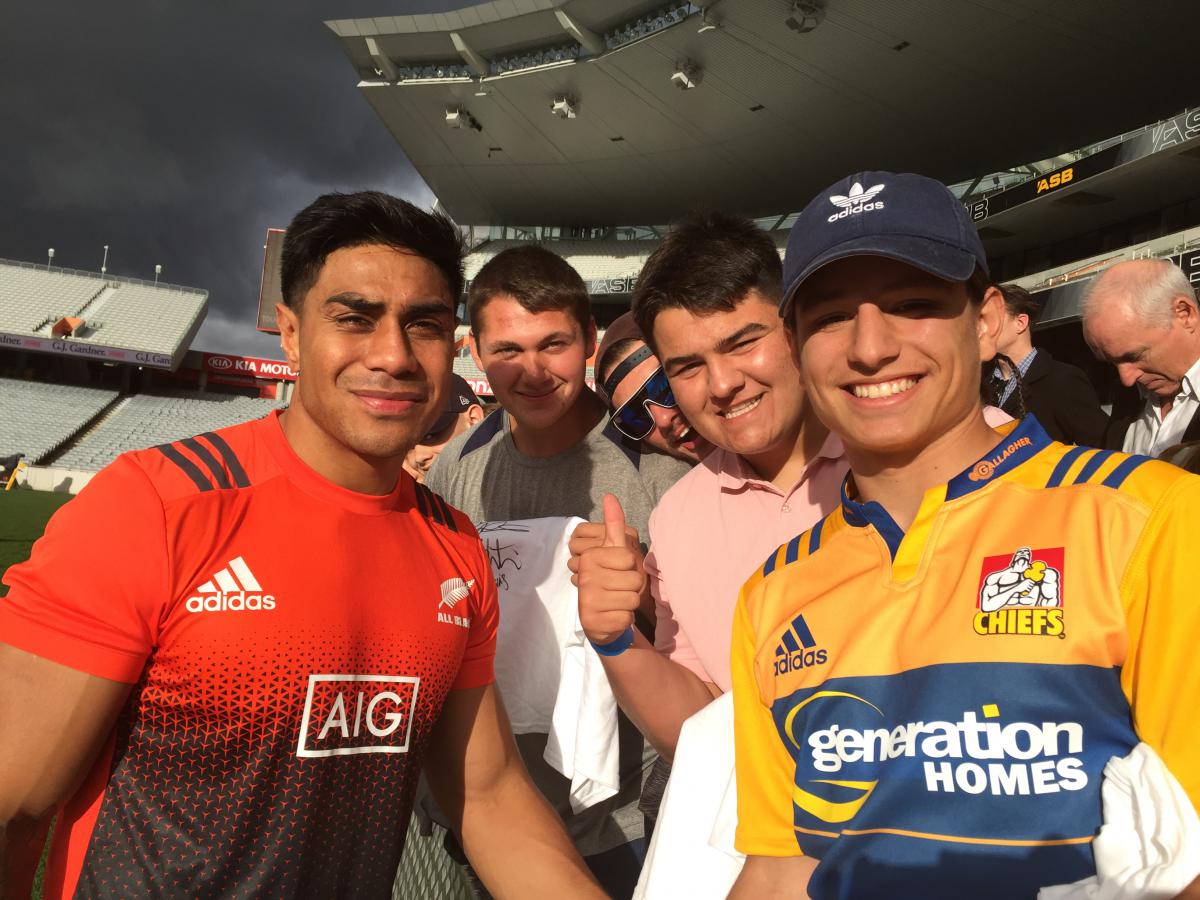 As a business, we decided to bring together a network of kiwi high performance rugby coaches, trainers, schools, clubs, physiotherapists and facilities to create a rugby development tour package for visiting international teams to see if we can answer some of those questions.

Our core motivation became to help players, coaches and rugby teams from around the world grow and develop a deeper understanding and passion for the game of rugby, and try to help foster the creation of the growth of a rugby culture in their own communities back home.

One example of our theory in action is when we got an email from a Kiwi who had started a youth rugby club in a small town called Arroyo Grande in the state of California. Turns out there are a bunch of these types of small community clubs popping up all around the place in the US. Rugby is not a sanctioned sport in American high schools and the popularity is skyrocketing thanks to rugby sevens now being an Olympic sport. 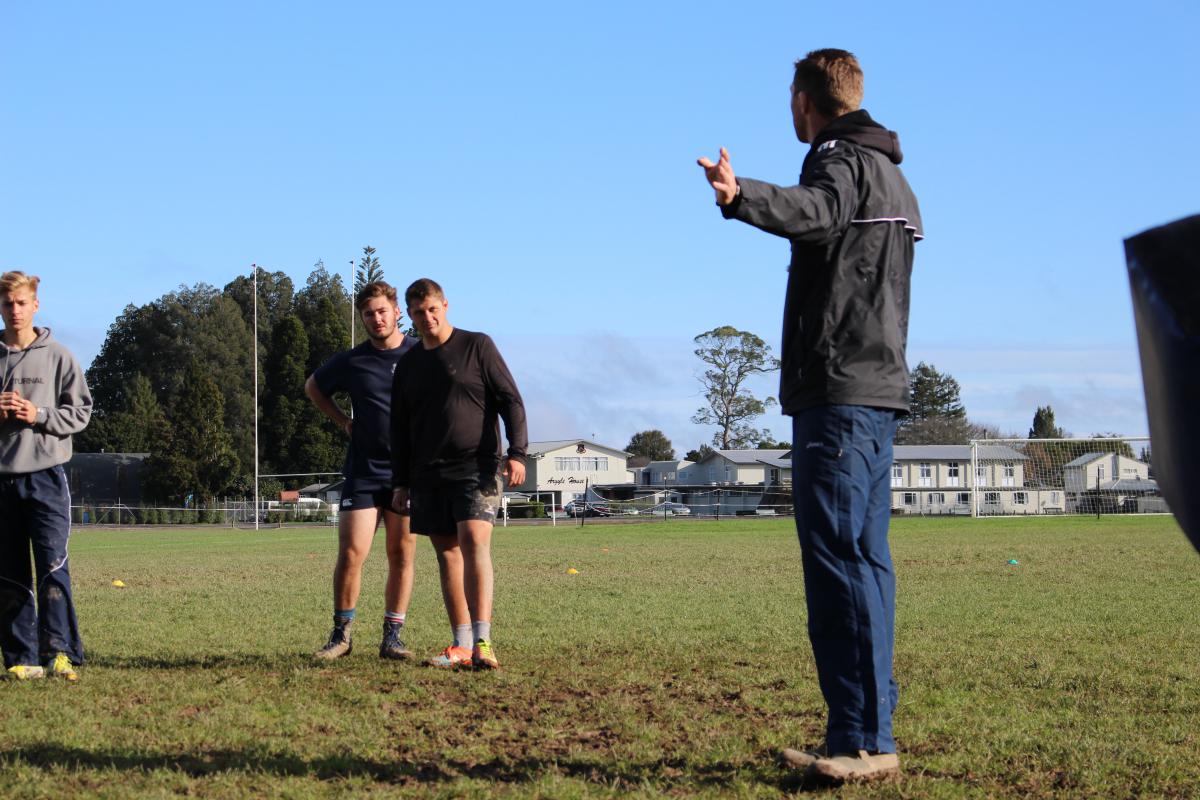 If we wanted to make a true impact on culture, we needed to show them what a strong culture looks like, feels like and tastes like. We needed to give this small club from the States the full New Zealand Rugby experience. So what did we do? We got them here during the Lions Tour of course!

We also organised exchanges with a couple of local high schools that are steeped in rugby tradition (Hamilton Boys’ High School and Tauranga Boys College). We matched them with similar ability teams and made sure they got a real taste of the school haka, cold muddy fields, passionate supporters and the after match function!

In the words of their head coach Rob “there is a difference in the culture between the States and New Zealand. In New Zealand it’s more like a religion you know, everyone is brought up with it”. The young men that we generally get come into the game very late. We have to develop that sort of culture as we go”.

We not only wanted them to experience the culture of New Zealand rugby but also get a taste for kiwi culture. Warner and the team at Aotearoa Waka Experience challenged them to a bit of hard-work and team building, where he pushed the boys and coaches to paddle a traditional Māori waka from Tarawera landing all the way to Hot Water Beach before spending the night sleeping in tents under the stars on Lake Tarawera.

Coach Rob was brought up in Kawerau in the Bay of Plenty. “For me being up at Lake Tarawera brought back a lot of memories. I used to go up there there as a boy”. It was a special moment where an expat kiwi rugby coach and his son could share a moment of togetherness with new members of his club in a place very special to him. 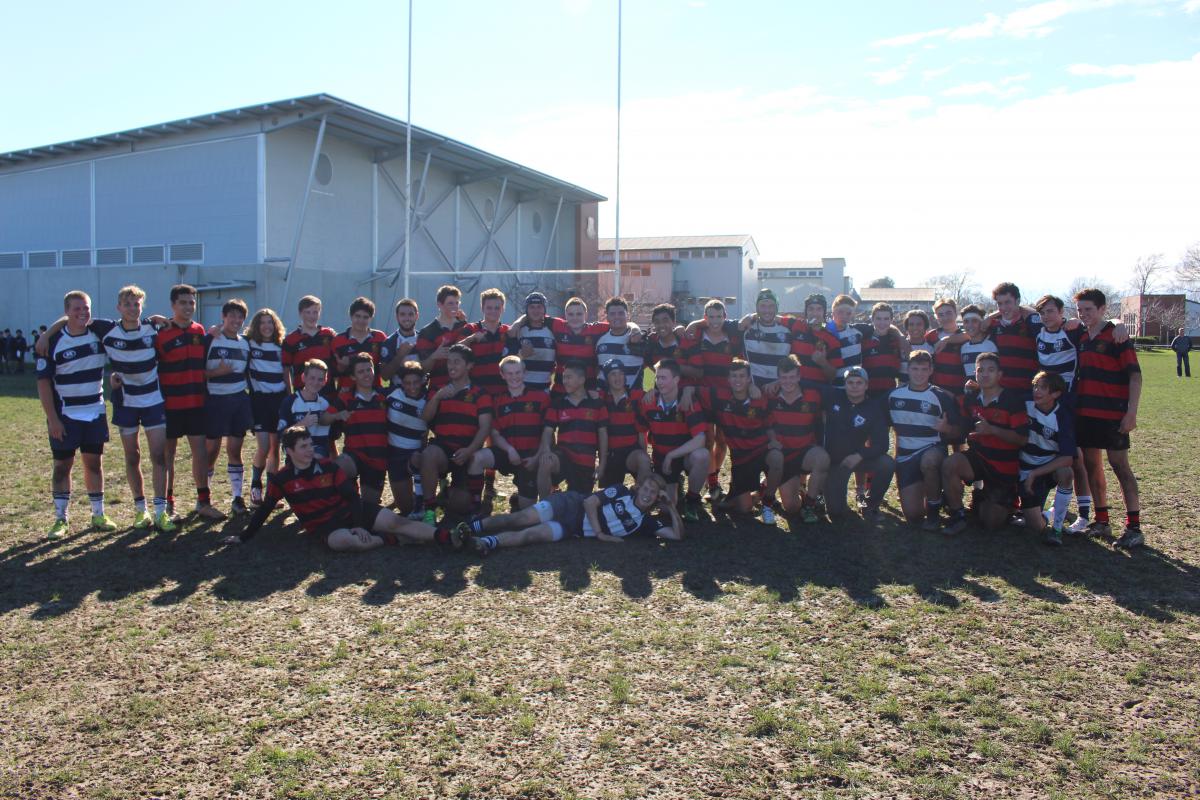 We also organised a team of experienced coaches with resumes that included NZ Secondary School coaches, World Sanix 1st XV championship winners and ex representative players, all with their Level 3 IRB Coaching Qualification. Our intention is to not tell coaches and players how to get better at rugby. It is to expose them to new ideas and provide them with knowledge and skills to supplement and add value to what they are already doing. There is no one session that will help a team become superstars.

Coach Rob said “the world class coaches that we had brought a simplicity to some of the advanced nature of some of the skills that we were trying to learn. Which is going to be easy for us to translate that to our boys when we go back home. We teach the basics the same, but it’s the little stuff that will help take us to another level”.

We didn’t stop there. We organised Logan Posthumus who is one of the strength and conditioning coaches for the All Blacks to run a few gym sessions and chat to the boys about appropriate training and nutrition.

We even managed to get them access to the All Black captains run before the final Lions decider in Eden Park. It’s fair to say a couple of selfies with big smiles were sent home after that one!

One thing we felt was important was to provide the ability for players and coaches to have effective communication with our staff before, during, and after the tour has ended. We chose to use an online video analysis platform called Hudl as it is the most user friendly and seemed to tick our boxes. It also happens to be the most popular platform in the world and is used by the All Blacks. We filmed all of the games, training sessions and lectures and broke them down to digestible videos for them to access at any time. 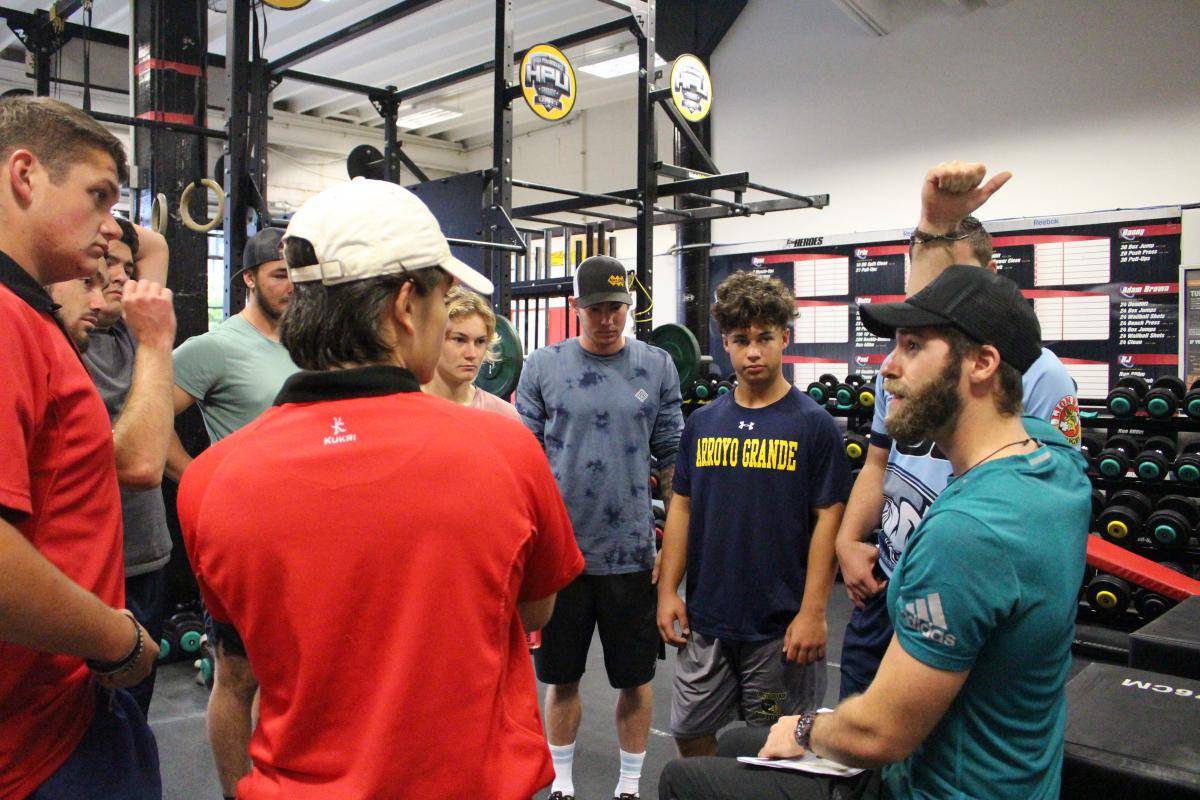 Coach Rob said “Hudl is going to be important for us. Not only for the boys to look at themselves and the team and how we developed over our time here, but also as a club. When we are pushing boys out to universities and colleges, they are going to have the ability to use that technology to support them”.

The tour ended with an emotional goodbye and a lifelong relationship with the Arroyo Youth Rugby Club. As Coach Rob said “we just want to share how grateful we are as a rugby club to be involved with Manaaki. Everything they did for us ticked the boxes for coaching, rugby, cultural experiences and adventures. We can go home knowing that we achieved everything we wanted to as a club.”

One bonus we discovered is that our tours operate in the New Zealand tourism shoulder season with most tours planning on coming during the northern hemisphere off-season summer break. Not only is this good timing from a logistical standpoint but it also helps us focus on the other side of our business which is our student adventure, education, culture and service business (Manaaki Adventures NZ) in the summer.

Our journey so far, although it has been fun, has been a lot of hard work. We look forward to hosting more teams in the future. Nothing we can provide these teams in a two week period will change a culture. But it can help rugby people from all around the world see, taste and feel what it is like to live in a county where a sport like rugby is woven into a nation's fabric. Even if it's just for a couple of weeks. And who knows they may take a slice of that culture back to share with their own families and communities back home.