Tourism and education - the recipe for Northland's Kupe Waka Centre

Tourism and education - the recipe for Northland's Kupe Waka Centre 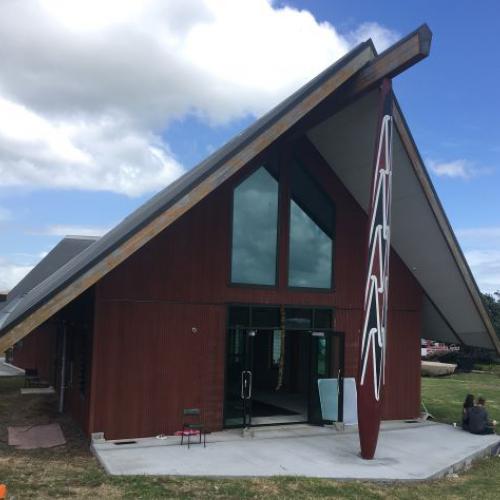 Northland’s new Kupe Waka Centre is pulling together tourism, education and business smarts to ensure it is a year-round sustainable and resilient business.

The Kupe Waka Centre, located in Aurere in the southern end of Doubtless Bay, is set to open for tourism in early 2021. 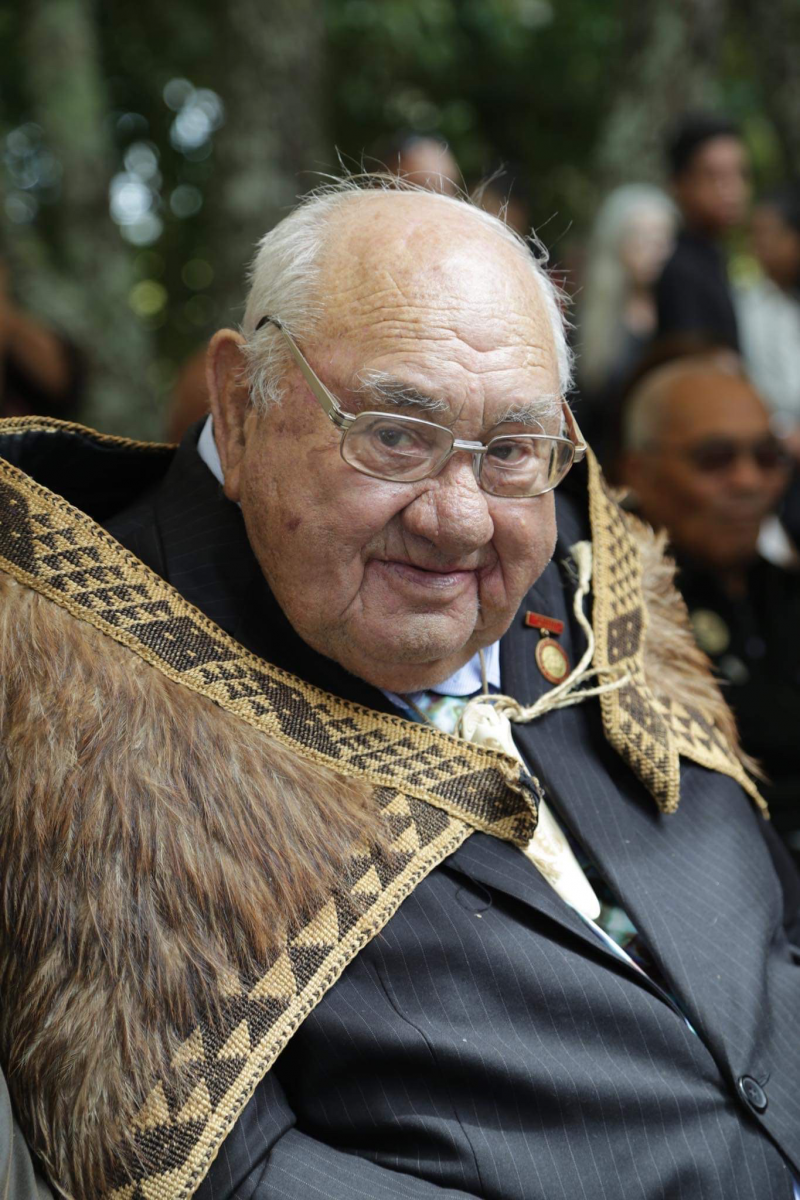 It is a vision turned reality by the late master of navigation Tā Hekenukumai Ngāiwi Puhipi Busby (Te Rarawa/Ngāti Kahu) who wanted to ensure that the revival of waka building, waka sailing, and traditional wayfinding had ongoing financial support.

Incorporating education, tourism and business would do just that, Arawai director Dr Peter Phillips said, rather than relying on the November to April tourism season that Northland attracts.

“Yes, tourism is important, but it won’t sustain us,” Dr Phillips said. 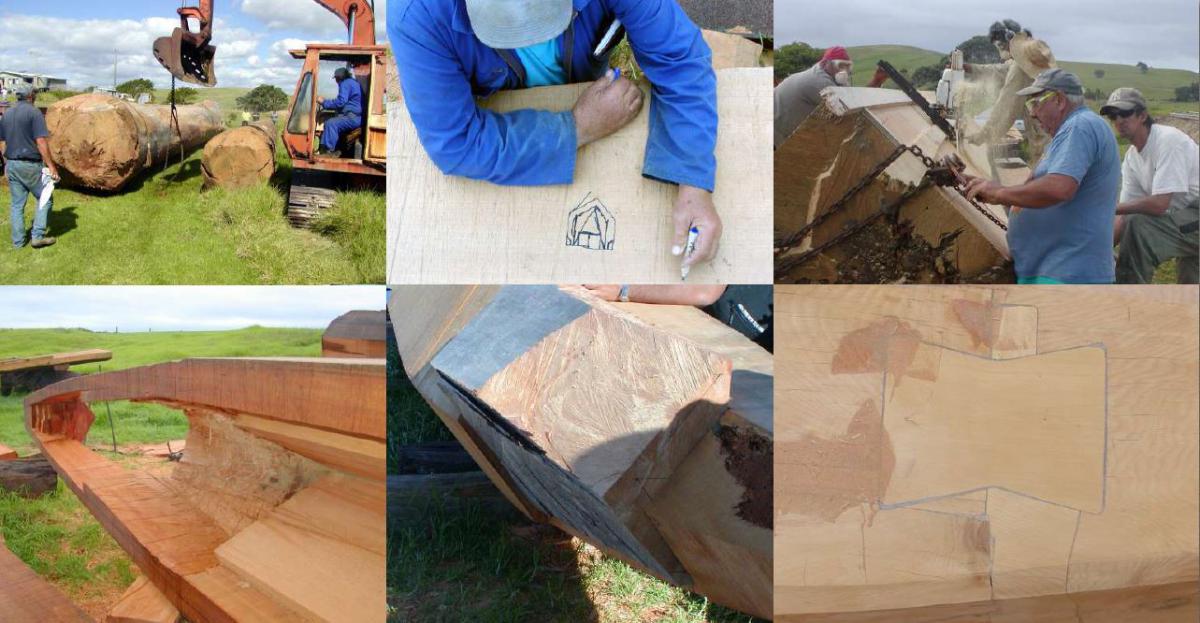 “Resilience and sustainability are key. You can’t put your eggs all in one basket.”

The new state of the art centre will take manuhiri on a voyage back in time to between 1100 - 1200AD, when Māori tīpuna embarked on the great migration from Hawaiki, all with the help of Virtual Reality.

Virtual Reality is being explored to replace the initial idea of building a planetarium. Dr Phillips said the dome of the planetarium would intrude into the sight lines from the star compass which would not be acceptable.

VR will give manuhiri a whole new sensation of travelling.

“If we go Virtual Reality, we can give people the experience of what it’s like being on a waka and following the stars,” he said. 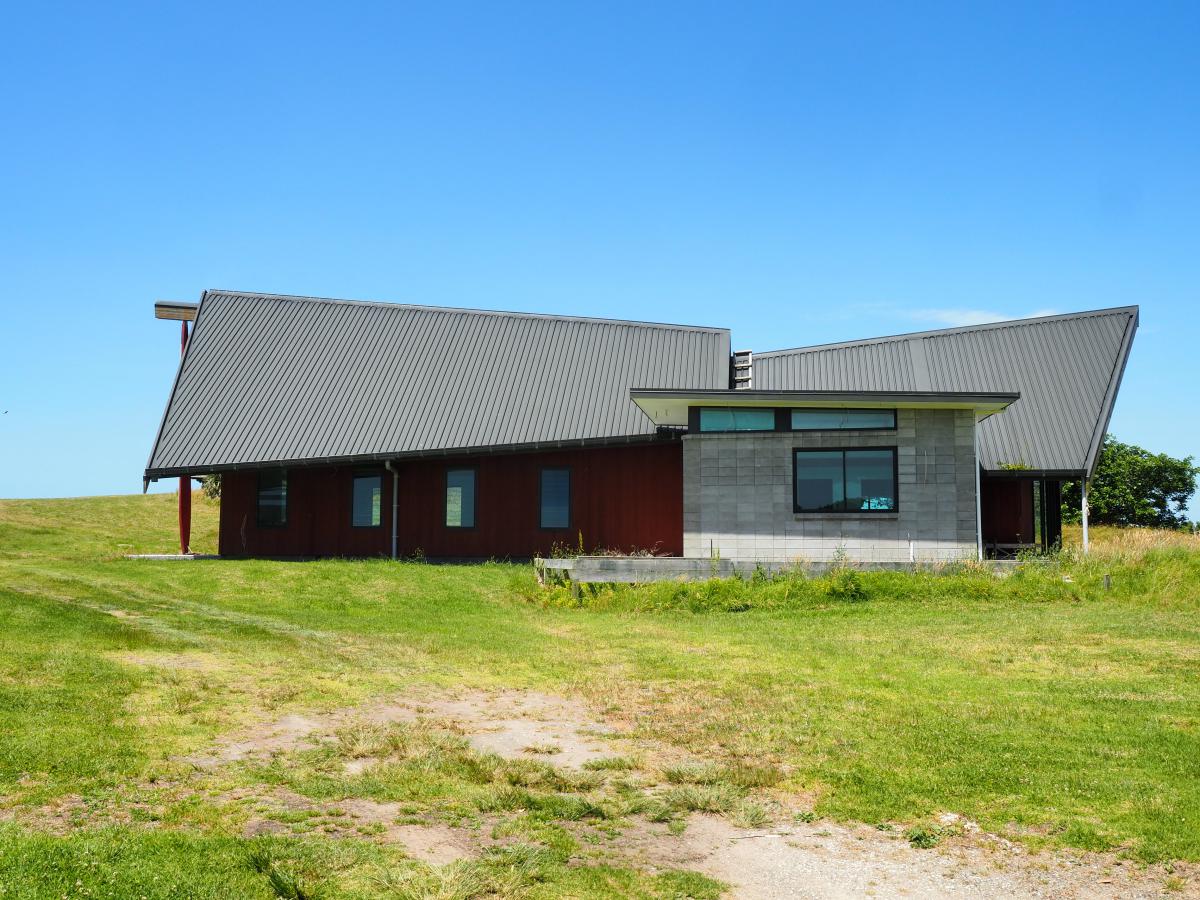 The centre will be a place to learn about maramataka, and grow organic vegetables using the old knowledge of planting by the moon.

The vegetables grown will be sold at the Sunday markets as another stream of income for the Kupe Waka Centre.

The centre already has a Star Compass used in teaching celestial navigation, a near complete Whare Wananga, a carving school, a kura whakairo, and an old round barn in which many waka have been carved.

The $4.6 million grant from the Provincial Growth Fund, announced in March 2019, will see an upgrade to those facilities and the development of the cultural tourism operation.

The Kupe Waka Centre will initially employ 12 full-time staff trained in all areas of the centre throughout the year, with a starting salary based on the living wage.

“You could be a be a weaver in the winter and a guide in the summer. People will have flexible working conditions,” Dr Phillips said.

“We will get them training in all sorts of stuff such as business or out in the nursery learning horticulture.” 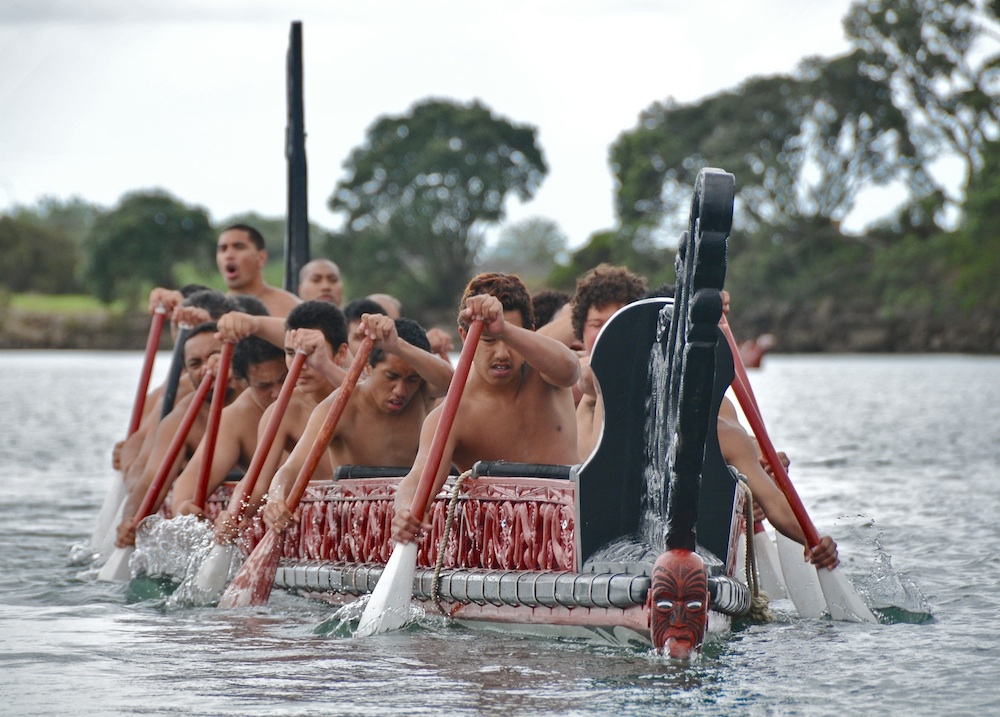 Those benefits include employment, education, a source of pride for all Māori, a platform to acquire skills in waka construction and associated crafts, celestial navigation and business operation.

Planning is also underway to landscape a nearby pond, Te Hāroto Tuatahi, and ultimately restore it back to a wetland. 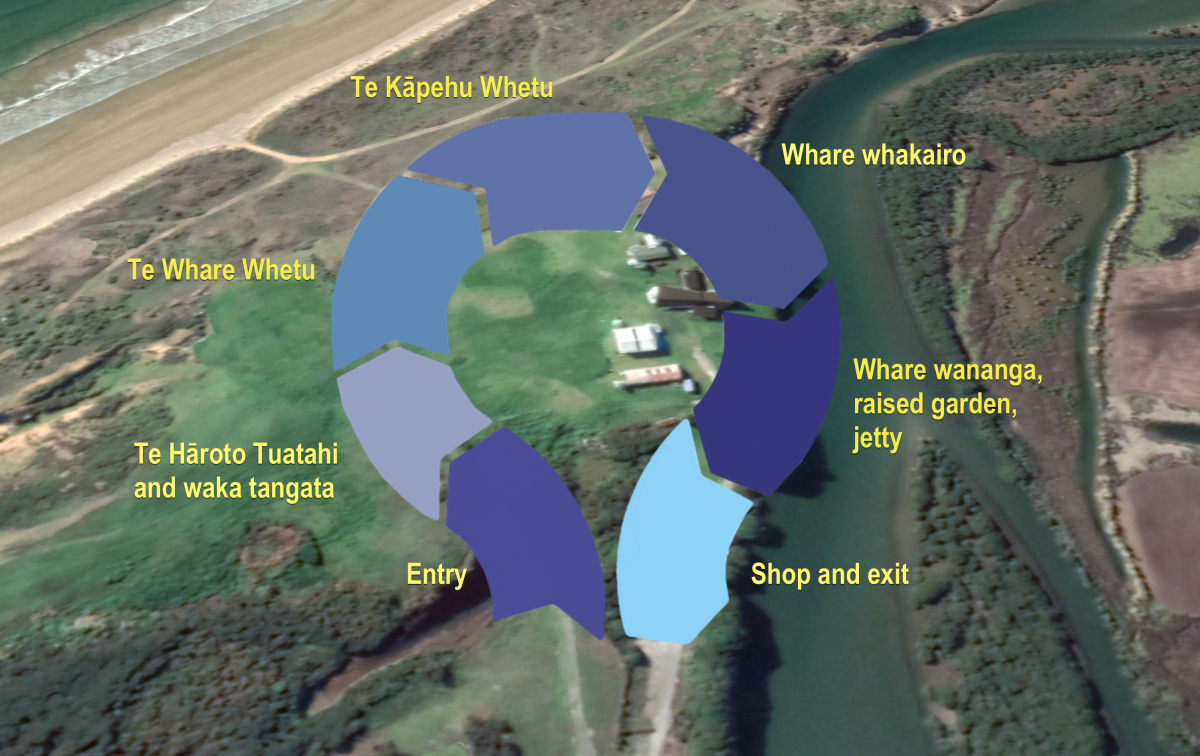 “There’s a lot to be done,” Dr Phillips said.

“We want to spend the money carefully. And by going through the 25 projects (as set out in the business plan) plan by plan, step by step, saying, ‘is this what we want? Can we do it differently? Will it make us more sustainable?”.

“It means that we’re open more with the focus with off-season activities.” 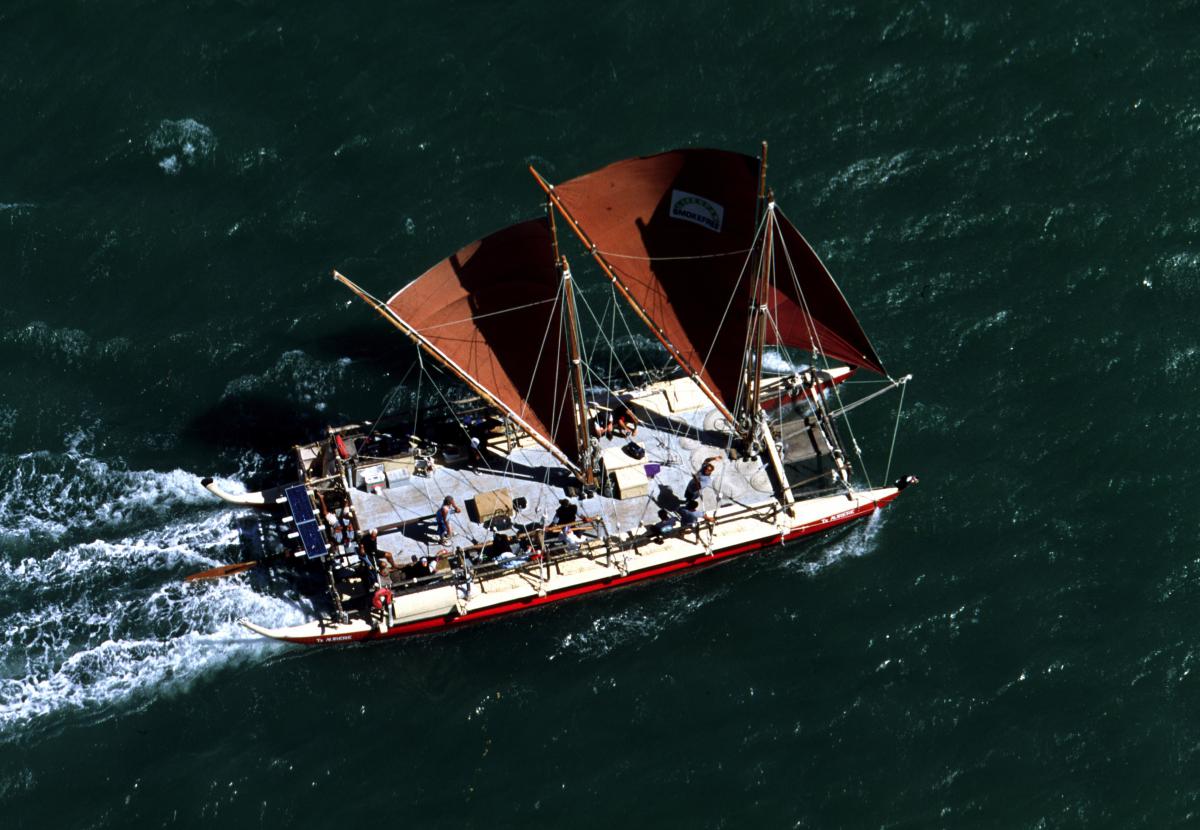 Arawai is jointly owned by Te Tai Tokerau Tarai Waka and Hekenukumai Ngā Iwi Trust and will be responsible for the commercial operations of waka and the Kupe Waka Centre.

It currently operates the waka hourua (double-hull voyaging canoe) Te Aurere, which sailed from Aotearoa to Rapanui (Easter Island) and back via French Polynesia in 2012/13, completing Sir Hek’s long-held dream of a waka from Aotearoa linking the three points of the Polynesian Triangle. You can watch the welcoming of the voyage in Rapanui below.

While talks about a Kupe Waka Centre began in 1998, it wasn’t until 2005 before a business case was put together. However, at the time, there was little funding available. 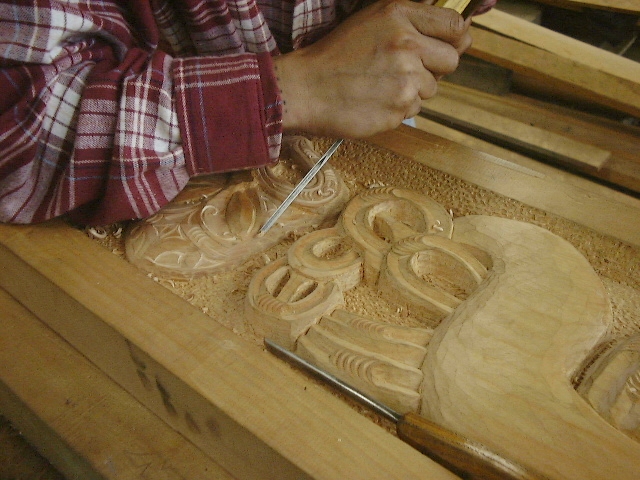 When the PGF came available in 2018, the Kupe Waka Centre kaupapa “absolutely meshed” with the PGF requirements, Dr Phillips said.

“We want to stand on our own feet and be sustainable in supporting navigation and waka building.

“Our aim is to create a surplus fund that goes towards supporting kaupapa waka.”

Kia-ora, my name is Jess and

Permalink Submitted by Jess Taylor (not verified) on Thu, 2020-09-10 11:59
Kia-ora, my name is Jess and I work with He Poutama Taitamariki. We are a small little roopu that work under MSD in Northland (Kaitaia to Kaipara) with the youth that are NEET's, aged 15-24. I was just wondering if I could get a bit more information on what your service provides as I'm trying to find a few more different/holistic things our rangatahi can do. Feel free to contact me on my cell too. :) Cell: 0299001020 Email: jess.taylor042@msd.govt.nz