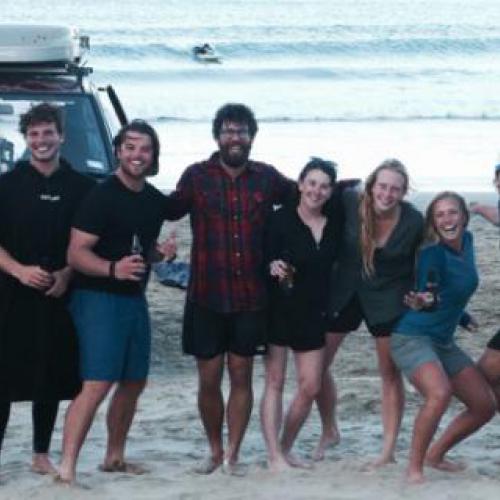 We teach our surf students about surfing life in New Zealand. We offer a full week of surf lessons, surf cinema, meteorology talks from our local radio weather man, a cultural exchange at local marae that includes a powhiri and karakia to keep our students safe in the water. We conduct beach clean ups and donate our time to give back to the local community - oh and we cook! As a chef with 30 years experience who loves to teach our international students about the local kaimoana (seafood) delicacies like the tuatua that lay right under our feet as we surf. 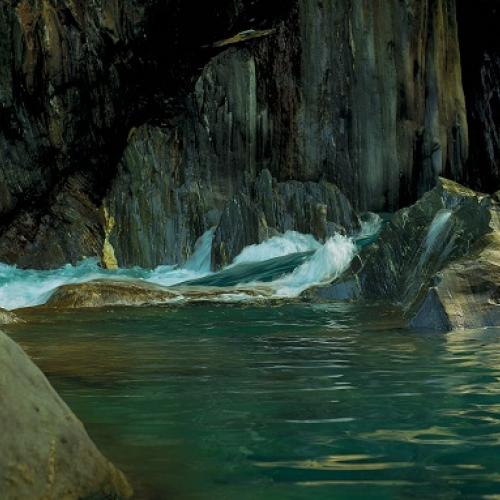 At the beginning of the 19th Century, Ngāti Waewae, a tribal affiliate of Ngai Tahu, laid claim to the ownership of the West Coast through conquest. Today Ngāti Waewae are centred at Arahura Pa, a Māori Reserve, where the people are known as kaitiaki (guardians) of pounamu (greenstone). Ngāti Waewae occupation has been sustained by the beautiful treasure known as pounamu, a prized possession of their people. Waewae Pounamu is totally owned and operated by Ngāti Waewae, which lies within the heart of "Greenstone Isle" – Te Waipounamu, the South Island of New Zealand. 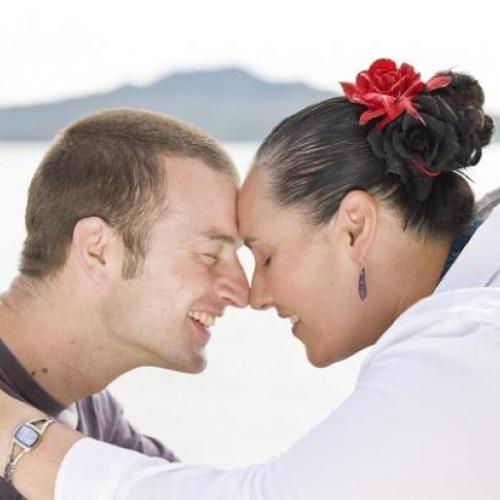 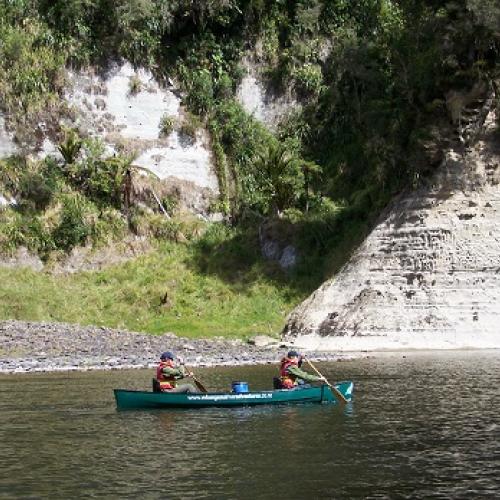 Whanganui River Adventures is a local tourism business owned by locals Ken & Josephine Haworth based in the small river village of Pipiriki on the banks of the Whanganui River. We share stories of the river passed down to us and our local whanau staff, keeping our tours and the service we offer unique and authentic. Our personalised tours are scenic and involve our local history and stories of the river. Experience the river and the surrounding environment by jet boat, canoe, kayak, mountain bike, or walk. We offer a range of accommodation options.

We offer fully guided Māori cultural walking and cycling tours on beautiful Waiheke Island. Enjoy Waiheke Island's stunning scenery while hearing about the island's long Māori history. Hop on our comfortable bicycles for a fun ride through our back streets while stopping in for a little wine tasting at one of our well-known wineries. Our tours are half or full day depending on your preference. We can recommend any number of delicious eateries for lunch and then take you to one of our many beautiful beaches. It really is the perfect day in paradise. Nau mai, haere mai. 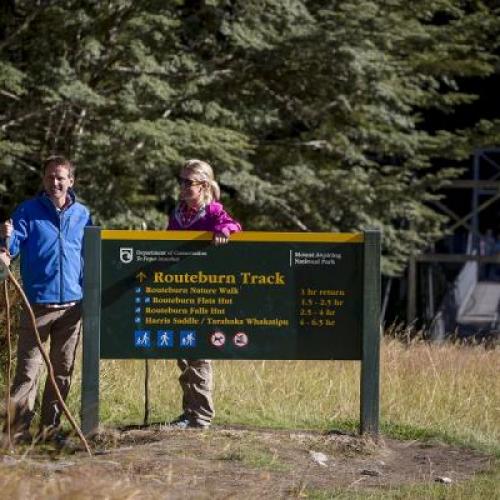 EVERY STEP A STORY....We’ve chosen our range of walks for their natural history, scenic beauty, remote locations and varied terrain. Our friendly, knowledgeable local guides ensure you have plenty of time to enjoy the whole experience nature has provided.
Why choose Guided Walks NZ? The answer’s simple – it’s our privilege to make Guided Walks NZ the most memorable part of your New Zealand experience.  Letting you touch, see and feel the ‘real’ New Zealand. 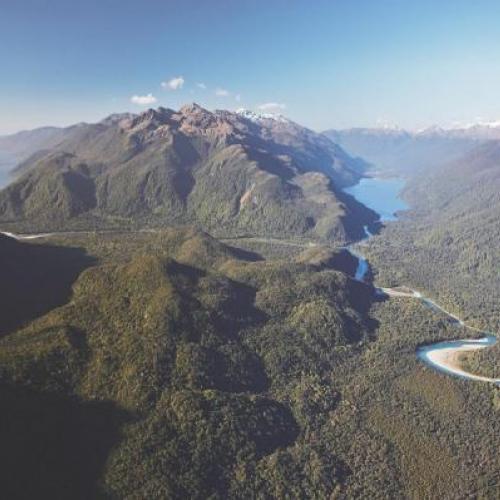 Located in the spectacular Fiordland National Park, the dramatic Hollyford Track is one of the greatest guided walks in New Zealand. In three days you will be transported from the wilderness to the sea, traversing the Hollyford Valley by foot, jet boat and finally helicopter. Your expert and passionate guides will bring to life the diversity of landscape, vegetation and wildlife, sharing captivating stories of early Māori and pioneering families. 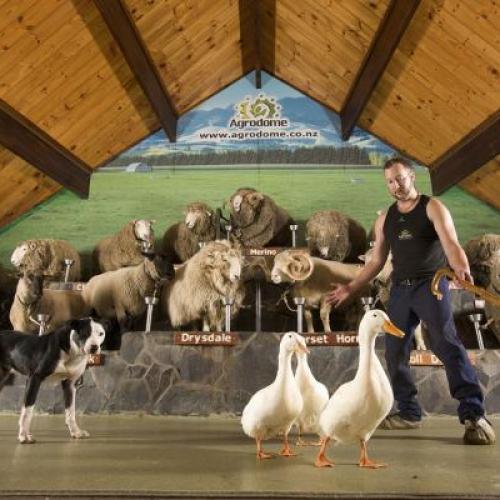 For over 40 years, visitors from all over the globe have come to the Agrodome to see our world-famous Farm Show – starring a cast of talented animals… and you!  Plus, join the Farm Tour to explore a real working farm, hand-feed loads of friendly animals, and sample delicious kiwifruit juice and honey from our land. There’s also the Nursery, with baby animals available for cuddles and photos all year round, and our Woollen Mill and Shearing Museum, where you’ll learn the remarkable story of NZ pioneers the Bowen brothers, and discover the full process of wool from the Sheep’s back to yours. 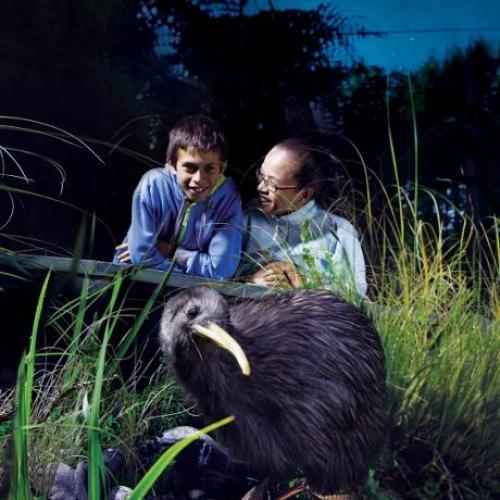 The majesty and magic of New Zealand’s wildlife kingdom comes together in one incredible place. Set amongst the native trees and beautiful forests of Rotorua, Rainbow Springs Nature Park offers a fun-packed and educational experience for the whole family. Learn about New Zealand’s fascinating natural history and come closer than ever to the creatures who call this great land of ours home.  The fun never stops at Rainbow Springs with our impressive playground area, the thrilling Big Splash water ride and ever popular Bird Show. 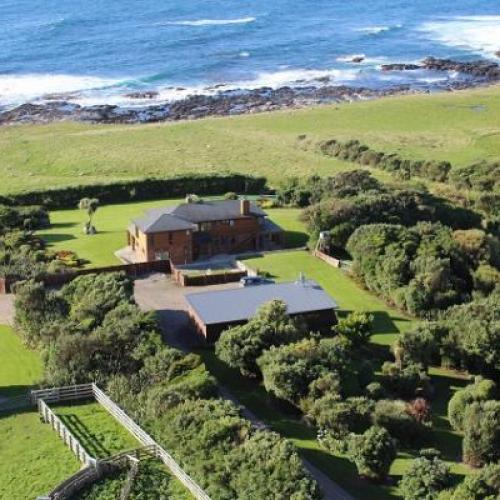 Awarakau Lodge is family owned and operated by Greg and Rosemarie. They offer guided tours for small groups (up to 12 guests) giving a more personal touch to the experience of visiting the Chatham Islands, while also catering for the needs of the independent traveler. Greg's guided tours include historical, cultural, and geological sites of interest around the island. Meanwhile, Rosemarie will be back at the Lodge preparing home cooked farm style meals for you. Your hosts will make sure your stay at Awarakau Lodge a memorable one.