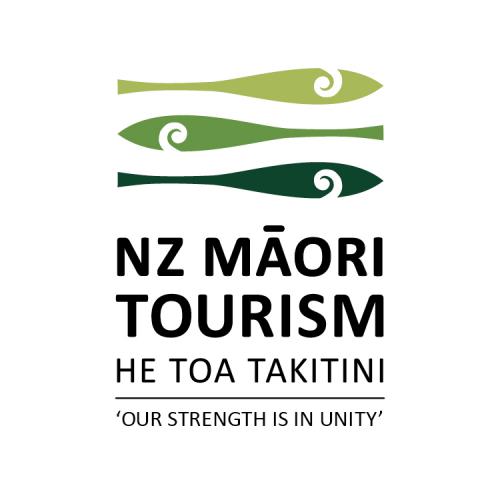 Mānawatia a Matariki e te whānau tāpoi Māori! As Professor Rangi Matamua, Tūhoe, and Hemi Kelly, Ngāti Maniapoto, Ngāti Tahu, Ngāti Whāoa suggested, this is an appropriate way to greet each other during the time of Matariki. The greeting is inspired from a karakia that was shared with Professor Matamua by his tohunga, Professor Pou Temara, "Mānawa maiea te putanga o Matariki" (to honour or celebrate Matariki when it rises in the sky). Watch Hemi Kelly's video here as he further explains the whakapapa of this phrase.

This year, Matariki is due to appear between the 2-5 July. Watch Professor Matamua's insightful video explaining the importance of the sun, moon and stars in his readings.

Of course, it is important to remember that not all iwi celebrate Matariki as the marker of the Māori New Year. As Che Wilson, of Whanganui, explains to Te Papa Tongarewa, "the tribes of Whanganui, Taranaki, parts of the Far North, and parts of the South Island recognise Puanga".

We would also like to acknowledge those on the Queen's Birthday Honours List who have contributed significantly to NZ Māori Tourism or tourism generally. These include:

A number of key events are coming up over the coming months, including entries for the Tourism Industry Aotearoa's New Zealand Tourism Awards. See below for details.

If you haven't already, don't forget to identify yourself as a Māori business through the NZ Business Number. The more businesses that do so, the better the outcomes for us all.  More details are below.

MSD: Support for businesses and staff

Ministry of Social Development (MSD) and NZ Māori Tourism have been working together to develop resources to understand what programmes are available to support both employers and employees through MSD. Read more.
How can MSD support your business?
How can MSD support employees? 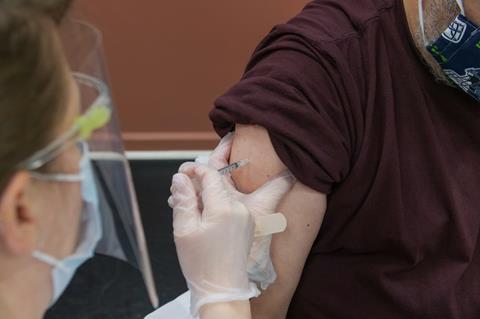 Dealing with false or misleading vaccine information in your workplace

Getting vaccinated is a personal choice, but if you want to support your employees to make informed decisions, make sure they know where to find the facts. Read more. 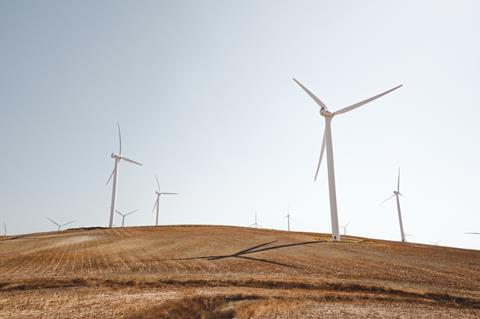 Reducing your emissions can save your business money, improve your brand as well as help avoid global climate catastrophe – this easy-to-use new toolbox shows you how. Read more.

Over the next two months the Ministry for the Environment (MfE) will host hui with Māori and iwi to gather input, perspectives and aspirations surrounding the impacts of climate change and how New Zealand will adapt. These will feed into the National Adaptation Plan (NAP) - a six-year plan that will address the risks of a changing climate. This plan is due to be published in August 2022.

The framework to address climate change consists of four pou:

Click here to see Ministry of Business, Innovation and Employment's flowchart which outlines how Aotearoa will meet its targets. Dates for the hui are yet to be announced.
A number of webinars are coming up that are of particular interest to Māori. Click here and scroll down the page. Today's webinar (Monday 21 June 5pm - 6:30pm) discusses Māori views on priorities in regard to the NAP.

MBIE is seeking your feedback on a draft Terms of Reference (TOR) that will guide the establishment and functioning of a co-governance group in order to provide quality tourism data and insights.

Quality tourism data and insights have been a longstanding matter of concern for the sector, and the major disruptions of COVID-19 have accelerated the need to improve our tourism data system. As such, officials, academia and tourism leaders have been meeting to assess the best way to establish a system. The draft TOR is the first step to establishing this system under a co-governance management.

Click here to find out more about the processes and send your feedback to
co-governance@mbie.govt.nz by 29 June 2021.

Watch: Fight for the Wild is a four-part film and podcast series exploring the notion of a Predator Free 2050 in Aotearoa.

(6/05/21) Tourism businesses operating on public conservation land will have another six months of fees waived to help them adjust to the downturn in international visitors in the wake of the COVID-19 pandemic. This means the temporary fee waiver is extended until 1 January 2022.

Connecting rangatahi to the soil

A Jobs for Nature project, Mana in Kaimahi, will raise 480,000 native plants in nurseries across South Auckland creating nature-based jobs and pathways for rangatahi to reconnect people with the whenua. Up to 72 full time equivalent (FTE) are expected to be created over the project’s three years.

E kore au e ngaro! He kākano i ruia mai i Rangiatea!
I shall never be lost! I am a seed sown from Rangiatea!

The new Māori Business Identifier on the NZBN register means businesses can self-identify as a Māori business. This information provided by businesses is collected and collated as 'meta-data' i.e. high level data on economic activity.

This sort of data is hugely important to iwi, government, and non-government organisations, such as NZ Māori Tourism, to develop evidence-based policy and to understand the support needs of Māori businesses.

There is no direct financial benefit to be gained by identifying as a Māori business on the NZBN register.  It simply aids government to get a better picture of Māori economic activity.

This is in direct contrast to other initiatives such as the government's procurement target for Māori businesses which necessarily have their own verification process.

All you need to do is sign into your NZBN and identify your business as Māori.

TNZ will be hosting four engagement hui around the motu to share its strategy and activity for the year ahead with the tourism industry.  These are free events in Te Whanganui-a-Tara Wellington, Rotorua, Tāmaki Makaurau Auckland, Tahuna Queenstown and Ōtautahi Christchurch. The Ōtautahi Christchurch event will also be live streamed. Read more here and register.

Entries are open for the New Zealand Tourism Awards, returning in October 2021 to showcase and celebrate the tourism industry’s individual and business successes.  Read the categories and submit your entry here. NZ Māori Tourism is sponsoring the He Kai Kei Aku Ringa Māori Tourism Award. Entries close on 1 July. The awards will be held in Hamilton 1 September.

Qualmark has recently launched its COVID Clean Approved Assessment for Qualmark license holders. This assessment offers information and checklists to help ensure that COVID-19 guidelines, as set out by the NZ Government, are  adhered to.  If you would like to apply for the Assessment click here. Qualmark remains free to join until the border opens to all three of Aotearoa’s priority international markets of China, the United States and Australia. 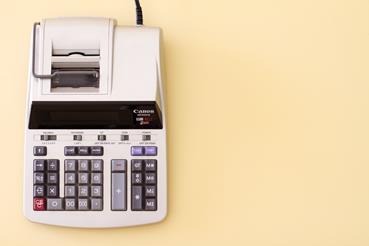 Self-employed customers and other individuals who received a wage subsidy or leave support payment from the Ministry of Social Development (MSD) due to COVID-19 will need to account for this income in their income tax returns where the payments have not passed through the PAYE system. These payments are not subject to GST or ACC levies and should not be included in a GST return. Read more here. 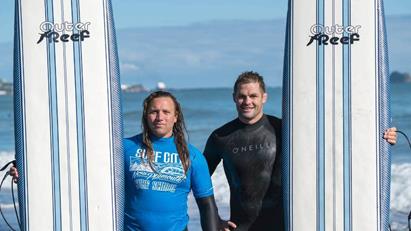 Tama Blackburn from Nau Mai Tours in Taranaki hosts former NZ Black Stick Gemma McCaw and her husband, former All Black captain Richie McCaw as part of Tourism NZ's latest domestic travel campaign that sees the the McCaws travelling around Aotearoa exploring their backyard. Check out their adventures in Taranaki and Whanganui, plus more on Stuff's Play site. 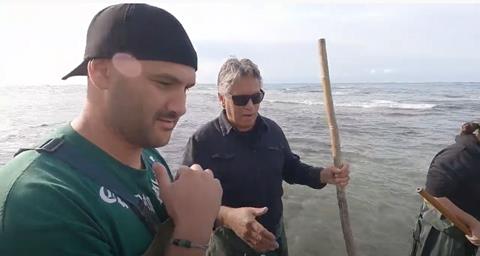 Over the coming months, NZ Māori Tourism Pou Tikanga Whitiaua Black will head into the heartland of Aotearoa New Zealand where exhilarating Māori tourism attractions host unique and hilarious challenges for Māori TV's Te Ao Toa.
It’s a contest where cheating is encouraged, and contestants go all the way to win! Check out this month's challenge in Te Tai Rāwhiti with Dean and Chris Savage from Dive Tatapouri.  Mātaki mai rā! 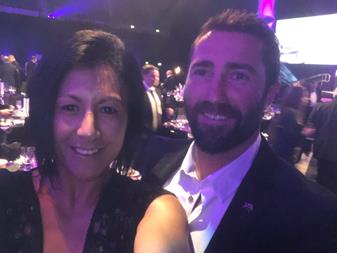 Pianika and Luke Boddington, formerly of award-winning adventure tourism Rafting New Zealand, have left behind the steamy ngahere of Turangi and opted for the snowy mountains of Wānaka! The successful couple have started theirnew venture - TOA tourism - to share their 50 years combined experience in tourism. Click here to read more. 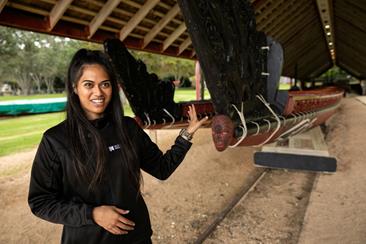 Waitangi Treaty Grounds has won a Ministry of Education contract to develop Classroom Support Materials to aid schools with the delivery of the new Aotearoa New Zealand’s Histories curriculum that will be rolled out from February 2022. Read more. 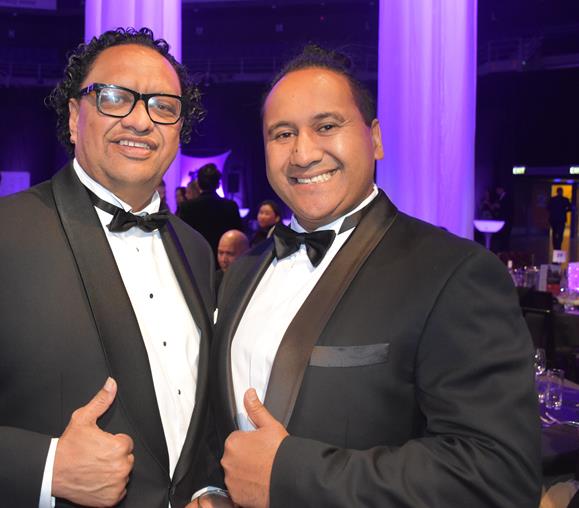 After nine years, Mori Rapana, Ngapuhi, is hanging up his boots at the Waitangi Treaty Grounds to pursue new opportunities for himself and his family.

Mori has been a key figure at Waitangi Treaty Grounds, making an enormous contribution to the development of the visitor experience. These include building the cultural experience and the hangi and concert products from scratch, Chief Executive Greg McManus said.

"We had a lot of fun imagining what the visitor experience could be like at Waitangi and it could not have happened without him."

Greg especially noted Mori's work with the Police and the hīkoi movement to turn what was previously a focus of grievance and angst into a legitimate expression of different points of view, in a safe and respectful way.

"I think there has been a major shift in the way Waitangi (and Waitangi Day) is perceived by wider New Zealand, in a very positive way, and a lot of the credit for this lies with Mori and the relationships he has been able to build."

We wish you all the best in your next journey, Mori!

This week from Stats NZ: 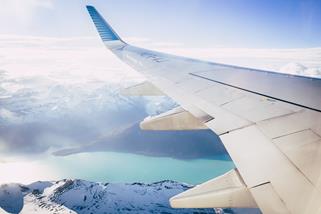 The number of people crossing New Zealand’s border has climbed since two-way quarantine-free travel opened with Australia on 19 April 2021.
In April 2021, there were 85,900 border crossings (47,000 arrivals and 38,900 departures).
Earlier months of 2021 averaged 26,300 border crossings a month. Pre COVID-19, border crossings were as high as 1.2 million in April. Read more here.

23 June: Tourism NZ kicks of its engagement hui in Te Whanganui-a-Tara
25 June: Entries close for the Hospitality Awards for Excellence 2021
28 June: GST return and payment is due for the taxable period ending 31 May
29 June: Feedback for the draft Terms of Reference regarding co-governance of tourism data and insights is due
1 July: Entries close for NZ Tourism Awards
7 July: Income tax returns are due
28 July: GST return and payment due for taxable period ending 30 June

Do you have any news to share with the Māori tourism sector and tourism industry? Send us an email here.

NZ Herald and Stuff have content partnerships with Tourism NZ. If you have a story worth sharing, get in contact TNZ's Anna Smith or NZ Māori Tourism's Dani McDonald.