From one mountain to another, Everest to Hikurangi 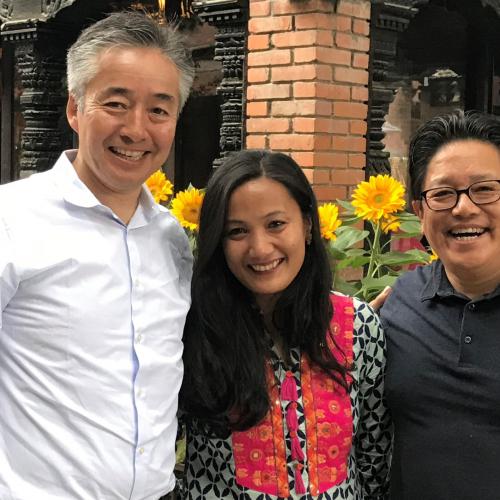 The sons of Tenzing Norgay Sherpa, the famous mountaineer who led and accompanied Sir Edmund Hillary to the summit of Chomolungma (Mt. Everest), will meet with iwi to share and explore the opportunities and challenges that arise with tourism.

Norbu Tenzing and his brother, Dhamey Tenzing Norgay will be hosted by Ngāti Porou, Ngāi Tahu, Ngāti Tūwharetoa, Ngāti Rangi, and Ngāti Ruanui during their stay. All five iwi have created their own programmes to host and introduce the Tenzing brothers to their whānau,  maunga and regions.

Norbu Tenzing is the Vice President of the American Himalayan Foundation which supports vital education, healthcare and cultural and environmental preservation throughout the Himalaya. Norbu was a keynote speaker at the World Indigenous Tourism Summit hosted by New Zealand Māori Tourism in Waitangi last year. He will be joined by his daughter, Olivia Tenzing Norgay.

Dhamey Tenzing Norgay operates adventure travel company, The Noble Traveller, in Bhutan with his wife, Sonam Dorji, who will accompany him on this trip. Bhutan and The Noble Traveller’s tourism ethos can be described as ‘value over volume’, which resonates with the direction of Aotearoa New Zealand’s tourism industry.

“We are honoured to have Norbu and Dhamey and their whānau here in Aotearoa. It is such an incredible opportunity for us to share experiences about how we might engage in tourism ventures that uphold the mana of our mountains. It is also an opportunity to highlight the importance of the Tiaki Promise in encouraging all travellers of our country to act as guardians,” New Zealand Māori Tourism Chief Executive Pania Tyson-Nathan said.

“Chomolungma, or Mt Everest, and its people have seen and fought through many challenges and today it is still one of the most coveted destinations in the world. It is a privilege and a great testament to global indigenous tourism that the sons of Norgay Tenzing Sherpa are here to share their story of the mountain and the Sherpa people.”

The Tenzing brothers will watch the first sunrise of their trip on Tuesday, January 22, from Te Takapau o Maui, where the nine whakairo (carved art works), commissioned by Ngāti Porou to mark the 2000, Millennium celebrations, are located on Mt Hikurangi - the first peak in the world to see the dawn of a new day.

2019 is the United Nations Year of Indigenous Languages and, with that in mind, the delegation will ‘call’ Chomolungma (Everest) from Hikurangi to exchange salutations on the significance of maunga (mountains) to indigenous people’s identity and sense of place.

The brothers’ Sherpa whānau and iwi representatives will converse in their reo (indigenous language) as part of Ngāti Porou’s Talking Mountains of the World or Ngā Maunga Kōrerorero o te Ao initiative. Ngāti Porou have promoted this initiative since the Millennium celebrations and believe 2019 is the appropriate year in which to launch it.

From the East Coast they will travel to Te Waipounamu and down to Aoraki, where they will be hosted by Ngāi Tahu, before returning to the North Island where they will meet the iwi of Te Kāhui Maunga (the peaks of the Central North): Tongariro, Ngauruhoe, and Ruapehu. The tour will end with Mt Taranaki to witness the final sunset.