Seal of Approval for Traditional Navigation Centre at Aurere

Traditional Navigators Dr (Hon) Hekenukumai Busby PWO, ONZM, MBE  and Nainoa Thompson PWO have put the seal on a promise made in 1985 by Ta James Henare who proclaimed the Hawaiians, who had just arrived in Waitangi on the Waka Horua Hokulea, to be the sixth tribe of Tai Tokerau.

Along with bestowing the tribal identity of Ngati Ruawahia, Ta (Sir) James  encouraged the Hawaiians to establish their own Marae at Aurere.

Thirty-three years later, the ties have been strengthened between the Kupe Waka Centre and the Polynesian Voyaging Society with an ancient Ava ceremony.  The ceremony memorialised a pact made many years ago, to establish the first centre for traditional navigation at Aurere. 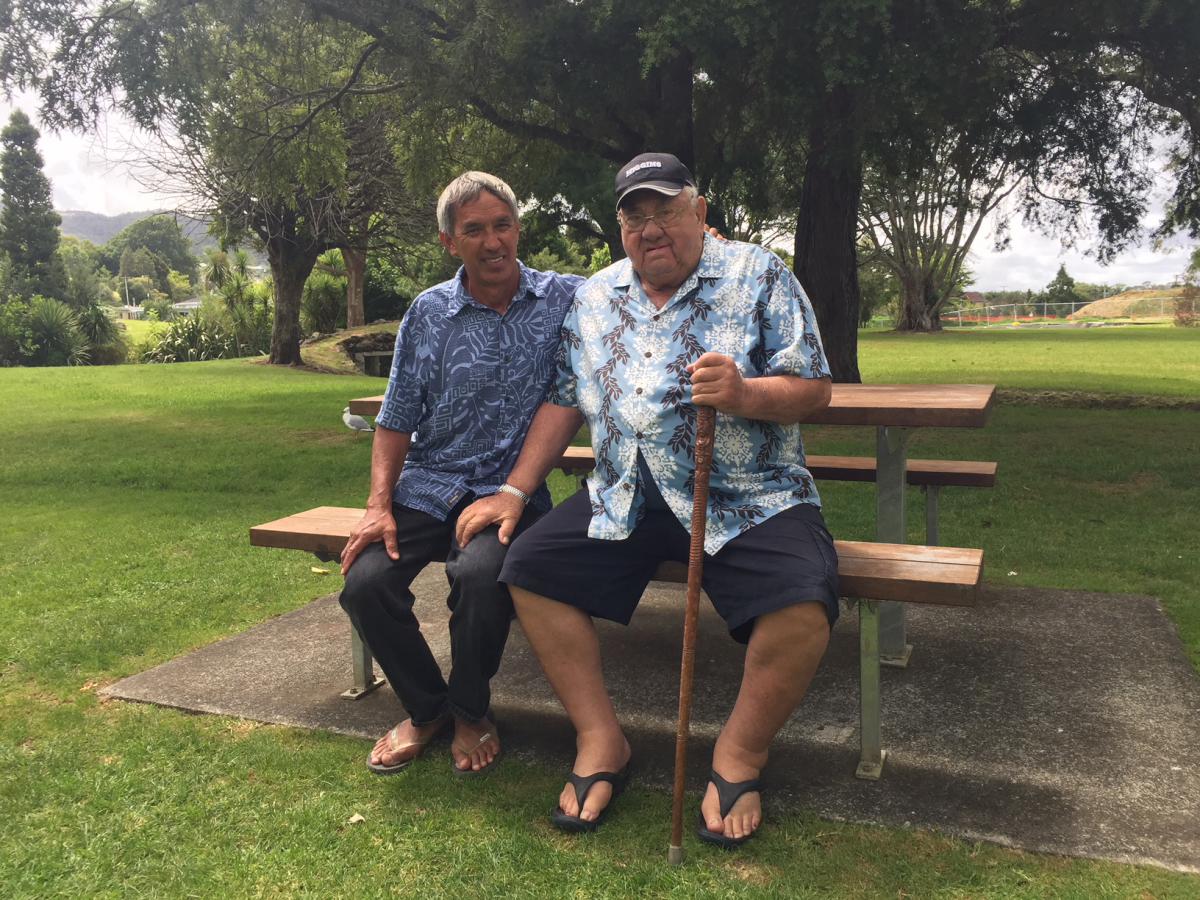 “Since the day in 1985 when the Hokulea sailed into Waitangi and Sir James greeted and declared them to be the sixth tribe of Tai Tokerau, we have waited for the right time to come together. That time has arrived and according to his promise I have set aside a place for them at Aurere”, said Mr Busby.

“We came to Waitangi, Aotearoa to mark an important milestone. This is where we were first welcomed and embraced by Māori who supported our 1985 voyage of re-discovery, said Mr Thompson from the Polynesian Voyaging Society.

“Our visit is to honour the memory of several amazing kupuna who first mooted the idea of Ngati Ruawahia and the building of voyaging waka in Aotearoa. These great leaders included Sir James Henare, Tupi Puriri, Simon Snowden, Hilda Busby, John Rangihau to name just a few.

“The Polynesian Voyaging Society wanted to celebrate them by lending our support to establishing an international traditional navigation school at Aurere.  Today our two organisations reached an agreement to establish the wananga there for all Polynesian people.”

“We hope it will attract trainee navigators from all around the Pacific and worldwide”, said Mr Thompson.

The curriculum will be underpinned by the teachings of renown traditional navigator, the late Mau Pailug, who shared his knowledge with contemporary navigators. The wananga will be overseen by leading academic institutions in Hawaii and Aotearoa.

“And as a final act of kindness and to fulfill a promise made by Sir James, we hav set aside a place in Aurere for the family of the Hokulea to call home”, said Mr Busby.

Plans are afoot to finish the Whare and refurbish Te Aurere – one of two wooden waka horua built by Hekenukumai.

His other Kauri waka Ngahiraka Mai Tawhiti is currently enroute to Wellington with Navigator Jack Thatcher and will take part in Kupe: The Waka Odyessy at the New Zealand Festival event next week..

In 2017 the Hokulea completed a 60,000 km – Malama Honua worldwide voyage and is at its Hawaii base.