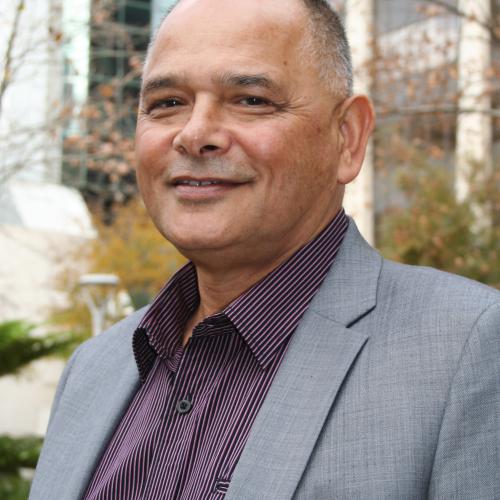 It is with heavy hearts that we learn of the passing of our dear friend and colleague, Johnny Edmonds.

Johnny was a stickler for detail and flag bearer for the development and strengthening of indigenous tourism. For Johnny, tourism was a vehicle for indigenous people to tell their own story. It is because of his foresight that NZ Māori Tourism exists today.

Johnny held executive management positions for indigenous non-profit organisations for the past two decades in Aotearoa and Australia. These include the Waitangi National Trust, Taitokerau Regional Māori Tourism Organisation, NZ Māori Tourism Council and the Western Australian Indigenous Tourism Operators Council. He served on tourism industry boards in NZ and Australia and held statutory and executive management positions in the NZ government.

His experience as the Chief Executive of the Taitokerau Maori and Cultural Tourism Association, then one of Aotearoa’s most impoverished regions, had prepared him for the up taking of this enormous role.
In 2005, only one year into his new role at NZ Māori Tourism, Johnny established the inaugural nationwide conference in Tāmaki Makaurau focusing on operating sustainable clusters alongside the former Associate Minister of Tourism, Hon Dover Samuels.

A year later, Johnny’s expertise at building relations was evidenced in a collaboration between Government and NZ Māori Tourism to provide targeted mentoring services to the business development needs of small Maori tourism businesses.

Over the years, Johnny continued to fight vehemently for this recognition. In 2007, after Rotorua held its first TRENZ event, Johnny was quoted in the NZ Herald urging the industry to take a hard look at the opportunities Māori could offer the sector: “Like other cultures, Maori is a complete culture. We have views and opinions on everything. We are not a part-time culture and not everyone appreciates that fact. Not everyone appreciates the full dimension of Maori culture and tourism, but that is changing."

In 2006, he was asked what one wish would be for Māori tourism. That wish was for Māori to sit at the table with ministers and industry leaders to make key strategic decisions about New Zealand’s future tourism development.

Johnny stepped down from his role at NZ Māori Tourism in 2007, but he continued to advocate for the empowerment of indigenous peoples. In 2012, he was appointed to the director role of the World Indigenous Tourism Alliance, where he had a pivotal role in developing and implementing strategies for the advancement of indigenous tourism.

For Johnny, tourism was a vehicle for indigenous peoples to share and implement their world views distinctly different from the dominant populations of their countries. In 2015 he explained to a reporter, "For an Indigenous person, telling our own stories enables us to maintain connectivity between our past, our present and our future. Our stories link us to our ancestors and remind us of our obligations to all other things that we co-exist with in our natural environment. Sharing our own stories builds self-esteem for who we have become and gives us a strong platform to move forward further into the future."

Johnny's service will be live streamed today (Thursday 7 May) from 12.45pm, with the ceremony starting at 1pm NZST. Please click here to join the service.
If you would like to pass on a mihi to the whānau, please click here.